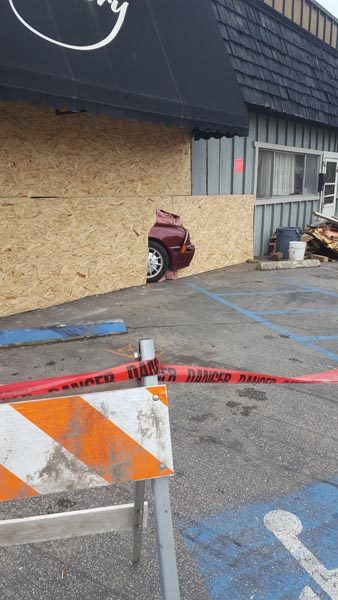 Alcohol appears to be a contributing factor in the collision

–On Saturday, Feb. 25, at approximately 7:58 a.m., 40-year-old Cambria resident Jeremy Preston was driving a GMC Sierra northbound on Main St. in Cambria approaching Burton Dr, at approximately 35 – 45 miles per hour. For reasons still under investigation, Preston continued through the intersection and collided with a parked pickup truck. After striking the truck, Preston continued in a north-westerly direction until striking a Mercedes E320 parked near French Corner Bakery with Cambria resident Ashely Van Duzer inside. The force of the impacted caused the Mercedes to travel approximately 15-20 feet until ramming the exterior wall of French Corner Bakery. After the impact with the wall, both the GMC and the Mercedes came to rest approximately 10-15 feet inside of the French Corner Bakery.

Alcohol or drugs appear to be a contributing factor in the cause of this collision, according to CHP. Preston was later arrested for DUI.

The collision is still under investigation.