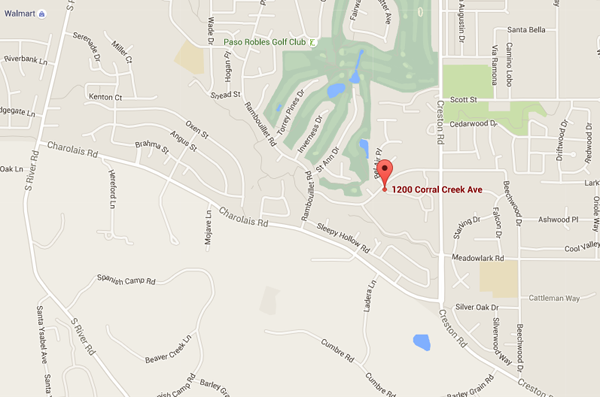 –On Wednesday at 5:50 a.m. Paso Robles police responded to the 1200 block of Corral Creek Avenue, Paso Robles, for a report of a stolen vehicle. Upon arrival, officers learned the owner of a 2005 Silver Nissan Murano had left her car running unattended to warm the car up.

At this time the car has not been recovered.

As a reminder the Paso Robles Police Department is urging the public to not leave their cars running and unattended.

–The Paso Robles Police Department is seeking the public’s help to solve a rash of vehicle thefts which have occurred over the past two months. Since Nov. 1, 2015 the City of Paso Robles has experienced 32 thefts of motor vehicles. This compares to nine theft reports filed during the same period in 2014.

The thefts occurred at the following locations: 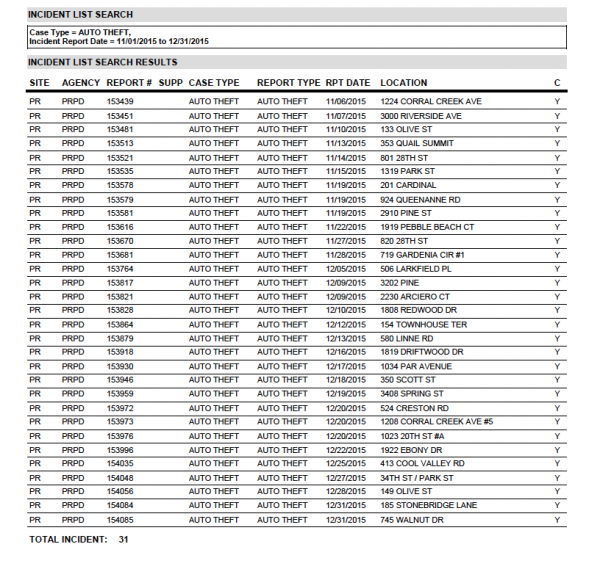