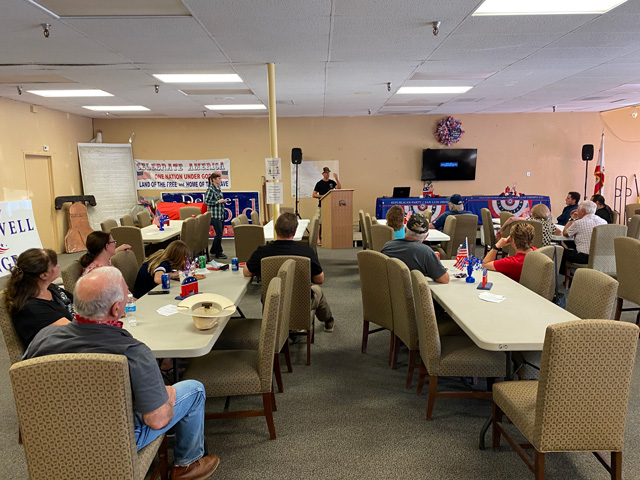 –Saturday afternoon, a small crowd gathered at Atascadero’s Republican Headquarters to view an online debate between Congressman Salud Carbajal (D-Santa Barbara) and Republican challenger Andy Caldwell. Carbajal is running for reelection, after capturing the 24th Congressional District seat held for many years by Lois Capps. The debate was the first and only open debate scheduled between the two candidates. 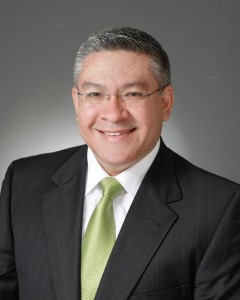 Scott Hennessey, news anchor at KCOY-TV, moderated the virtual debate. Each candidate zoomed into the broadcast, which aired on KCOY and several internet platforms.

The candidates covered a wide array of topics. Caldwell challenged Carbajal’s voting record, and his decision to give House Speaker Nancy Pelosi his proxy, so he could return to Santa Barbara. Carbajal attacked Caldwell’s political stand on issues like abortion, which Caldwell opposes. The election is unique this year because most of the student population at UC Santa Barbara is not on campus. That may impact the outcome. 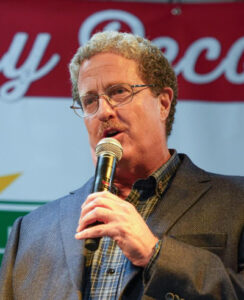 Former Atascadero Mayor Ray Johnson said, “Andy Caldwell did a good job. He stuck to the facts. We have a divide here. One, the government does everything. The other side is letting businesses do what they need to do. We need to support business. Getting business strong is what provides jobs for the middle class. Andy is for that, and that’s what we need to do.”

The turn-out to watch the debate at the Republican Headquarters in Atascadero Saturday was light, because many attended an event in support of Republican Vicki Nohrden, who is running for the state senate seat vacated by Senator Bill Monning. That was held Saturday evening in Pismo Beach.

Although the general election is November 3rd, many voters have already received their ballots in the mail. Those ballots are already trickling into the San Luis Obispo County Clerk Recorder’s Election Office.

Posted in:  Atascadero, Politics
About the author: News Staff