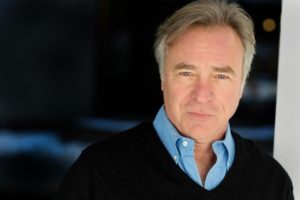 –Casey Biggs is a graduate of The Juilliard School in New York City. He has been a professional actor for the past forty years. As an actor, director, writer, and producer his work has been seen throughout the US and Europe.

He has produced stage, film and television projects over the past fifteen years. With Dina Mande of Juice Media he has collaborated on the award-winning ”Paso Wine Man” series promoting the central coast wine industry.

As an actor he has appeared in over eighty film and television and stage productions with a highlight being the leader of the Cardassian Empire in Star Trek: Deep Space Nine.

This six-week master class sponsored by Wine Country Theatre will give you tools and hone your ability to perform onstage, on camera or in front of an audience of any sort. Classes will begin on April 11 at 7 p.m. and continue for the next six weeks. Contact casey@pasocenter.org for more information.