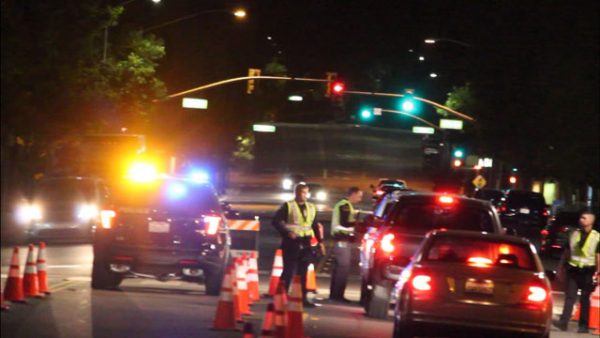 The bill would reportedly allow a court to grant diversion for misdemeanor offenses, including DUIs, elder abuse, and firearms offenses.

–California prosecutors are calling on Governor Newsom to veto a bill that they say would threaten public safety by allowing repeat convicted drunk drivers, elder abusers, and people convicted of weapons charges to have their cases dismissed after “successfully completing diversion instead of being held accountable.”

The bill would reportedly erase criminal behavior from the defendant’s records and prevent law enforcement from having a true accounting of criminal history. Signing the bill into law could also result in the loss of millions of dollars of federal funding that helps prosecutors and police effectively investigate and prosecute impaired driving across California, they say.

AB 3234, authored by Assemblymember Phil Ting (D-San Francisco), is based on a 2014 Los Angeles County diversion pilot program that expired in 2018. The Los Angeles program was applied generally to first-time offenders and included numerous exclusions, such as DUIs, weapons charges, and crimes against elders and minors, as well as possession of child pornography and annoying or molesting a child. It also excluded defendants who had prior diversion and defendants with prior violence within the last 10 years.

The majority of these exclusions were not included in AB 3234. As a consequence, this bill would allow a court to grant diversion for misdemeanor offenses, including DUIs, elder abuse, and firearms offenses. Not only would these crimes be eligible for diversion, but the cases would be dismissed, and these crimes would be deemed never to have occurred.

“Diversion will now almost certainly be sought in every eligible misdemeanor case. Failure by a defense attorney to request it would likely be considered ineffective assistance of counsel,” said CDAA President and El Dorado County District Attorney Vern Pierson.

“Rather than being held accountable and treated appropriately, repeat DUI offenders would have a legal pathway to avoid the responsibility of their dangerous conduct,” he added. “Due to anti-recidivism statutes enacted in the 1980s and 1990s, DUI deaths have decreased by 52 percent, nonetheless, there were over 1,000 DUI deaths in 2018 alone. The failure to add DUI cases to the list of crimes excluded from diversion is gravely troubling and should alone compel a veto.”

Mothers Against Drunk Driving also opposes AB 3234: “For 40 years, MADD has fought to make streets safe from drivers impaired by alcohol and drugs—this bill threatens public safety by allowing almost all impaired drivers to avoid accountability. AB 3234 is so bad that even DUI cases that result in injuries are eligible for diversion, despite any objections from prosecutors and victims. AB 3234 does not honor the memory of impaired driving victims. Instead, the proposal undermines the seriousness of this crime. It isn’t right and we urge all Californians to join us in opposing AB 3234,” said Patricia Rillera, California State Executive Director, Mothers Against Drunk Driving, MADD California.

AB 3234 places no limitations whatsoever on the eligibility of repeat DUI offenders for diversion, allowing them to be eligible for diversion over and over again without being identified as a high risk chronically impaired driver.

“Under this bill, it is entirely possible that a DUI offender could be granted diversion in one county for a period of six months, successfully complete that diversion, then be arrested in another county for DUI a week later, be granted diversion yet again, and follow this pattern repeatedly, avoiding ever being actually identified as a high-risk, chronic, impaired driver. Worse, applying current laws specifically enacted to deal with recidivist DUI offenders, which, for example, requires participation in education and sobriety programs or the installation of ignition interlocks, could easily be circumvented, further jeopardizing roadway safety,” said Pierson.

“These grants of diversion are subject to almost no restrictions or qualifying criteria. While the period of diversion prior to dismissal is limited to a maximum of 24 months, there is no minimum period specified and there is no limitation placed on the number of times that diversion may be granted to a particular defendant,” Pierson added.

Apart from the negative impact on roadway safety, AB 3234 potentially poses a serious fiscal issue as well. California receives substantial federal highway safety and construction funding through the application of the FAST (Fixing America’s Surface Transportation) Act, the omnibus legislation that controls the apportionment of federal highway funds through the Federal Highway Administration.

Among the requirements included in FAST are specific statutory and procedural benchmarks for dealing with repeat DUI offenders, called “Compliance Criteria,” which include mandatory minimum sentences and driver’s license restrictions or suspensions, among others. These criteria were included in FAST and its predecessors to encourage and ensure that states take appropriate measures to address the serious legal and societal issues resulting from impaired driving, recognizing also the financial burdens placed on various systems as the result of alcohol and drug abuse combined with driving.

“Enactment of AB 3234 would fly directly in the face of the intent of these Compliance Criteria, potentially subjecting the state and California taxpayers to the loss of untold millions of dollars in highway funding that is critically necessary to maintain and expand our roadway infrastructure,” said Pierson.

“AB 3234 makes sweeping changes to public safety policy and could cost California untold millions in transportation funds yet this bill was not granted a hearing in either the Assembly or Senate Public Safety Committees, nor in any Appropriations Committee. The circumvention of procedural due process was breathtaking as are the provisions of the bill,” Pierson said.

The California District Attorneys Association is the primary source of continuing legal education and legislative advocacy for prosecutors throughout the state. In addition to offering seminars, publications, and extensive online tools, CDAA serves as a forum for the exchange of information and innovation in the criminal justice field.