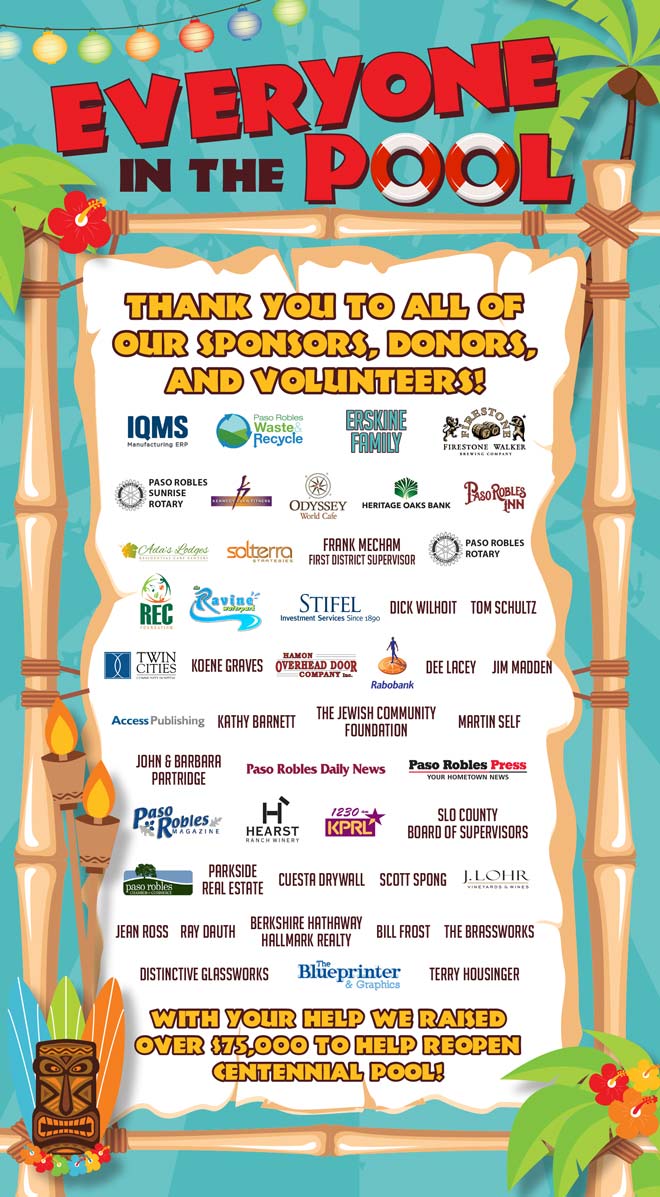 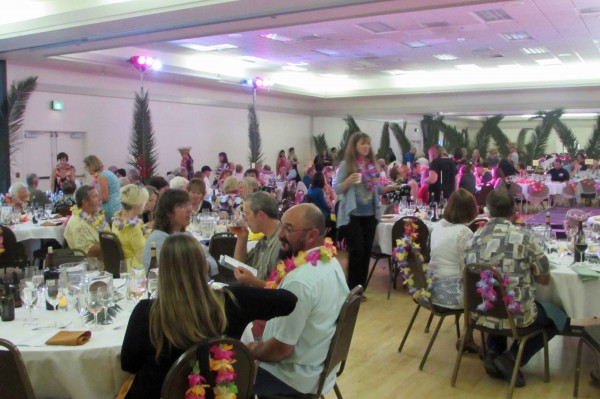 Guests at the “Everyone in the Pool” benefit enjoyed an island themed evening.

Original report May 2: The Centennial Pool fund raising event, “Everyone in the Pool,” brought the total fund raising to help reopen the pool to $75,000. Paso Robles City Councilman Steve Gregory said he is pleased that the goal of $100,000 has nearly been met. “Our goal is to offset some of the cost of repairing the pool,” said Gregory. “I promised to raise money for the pool as part of my candidacy and a lot of people stepped up to work on the committee and to help make this happen.”

The community turned out to enjoy Saturday’s event at Centennial Park. The evening included dinner, a silent and live auction and island themed entertainment. Arriving guests were treated to the steel drum sounds from Chrome Addicts and dinner music was provided by the Hawaiian sounds of Na Hoaloha. Hula dancers from Na Mele O Ke Kai entertained with traditional Hawaiian songs and dance. Food was prepared and served by the Paso Robles Culinary Arts Academy. Several local business stepped up to sponsor the event. Major sponsors are commemorated with special “lifesaver” signage that will be on permanent display at Centennial Pool. 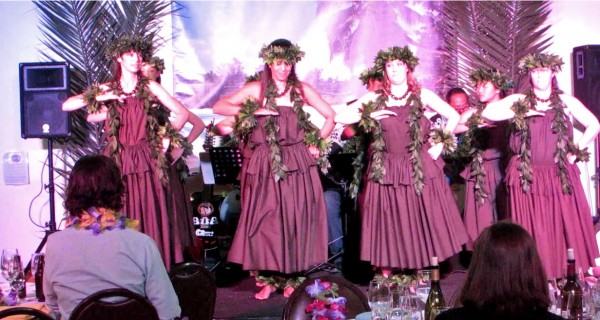 Paso Robles Mayor Steve Martin thanked Gregory for spearheading the fund raising. “Even though this has been called the Mayor’s Fund raising Event, the energy behind it is due to Steve Gregory’s efforts.” An entertainment surprise was provided when Martin challenged the audience to pledge $100 each for local dignitaries to dance the hula. The dancers, Paso Robles Unified School District Trustee Tim Gearhart, Paso Robles City Councilman John Hamon, KPRL radio personality Kevin Will, and Martin and Gregory danced to cheers from the audience. The all male dance ensemble added an extra $500 to the evenings total donations. 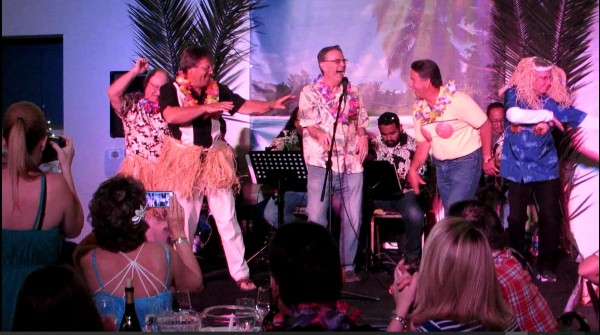 Paso Robles Recreation Services Director Julie Dahlen said she is “delighted” that the pool is reopening. “I am grateful to Steve Gregory and Mayor Martin for doing this event.” Centennial Pool is scheduled to open with a full aquatics program around the middle of June. Dahlen said the summer aquatics schedule for both the Centennial Pool and the Municipal Pool on 28th Street will be available by the middle of May.

Gregory said donations are still being accepted and can be made to the Paso Robles REC Foundation. The REC Foundation is a non-profit fund raising corporation committed to creating enhanced programs, places, and open spaces for quality recreational experiences in Paso Robles.