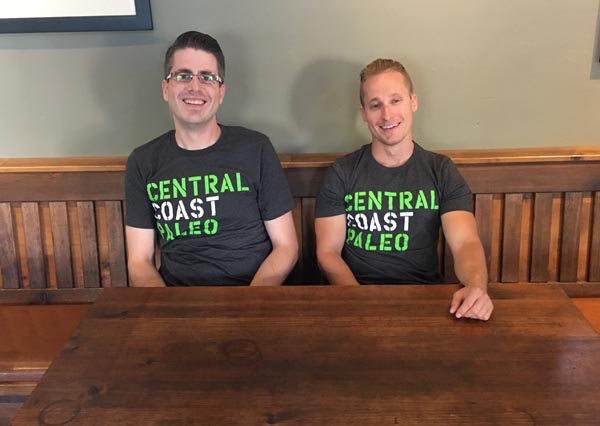 – Ryan Hernandez and JP Salazar are the partners behind the up-and-coming Paleo meal delivery service, Central Coast Paleo, that is providing healthy meals to customers throughout the county.

The company was started in May when Hernandez was prepping meals for himself and his athlete friends. They encouraged him to prepare meals for them on a regular basis. It soon became a weekly event, and then a business. Today they are making 400 meals a week and growing rapidly.

Salazar takes care of the financial aspect of the business, while Hernandez deals with customers, sales, and meal prepping. Hernandez’s cousin, Tom Fundaro, the head chef at Villa Creek in downtown Paso Robles, allows Hernandez to prepare the weekly meals in Villa Creek’s professional kitchen. The meals are cooked on Sunday and vacuum sealed until delivery. Monday evening the meals are delivered to drop-off locations for pickup. There are two drop-off locations in Paso Robles: Northern Inferno Crossfit gym and Cross Fit Ergo; and additional delivery in San Luis Obispo at Crossfit Inferno. “These gyms tend to have performance athletes who are looking to fuel their fitness and strength gains as well as cut weight in a very healthy manner,” Hernandez says.

Hernandez has been cooking for about eight years, and has been a chef for the last three and a half. He’s worked as a sous chef at Thomas Hill Organics located in Paso Robles, and also as an executive chef at Sidecar in San Luis Obispo.

“I’ve always known that I wanted to do something with my career that could help others and make everyday life a little less complicated and stressful” Hernandez says. “As I made these Paleo meals for my friends, I started to realize that it was just one less thing for them to worry about with their busy schedules… My goal was to make healthy food for others, whether they are at home or on the road. Easy to travel and taste gourmet, because in reality that’s exactly what they are: healthy, gourmet meals.” 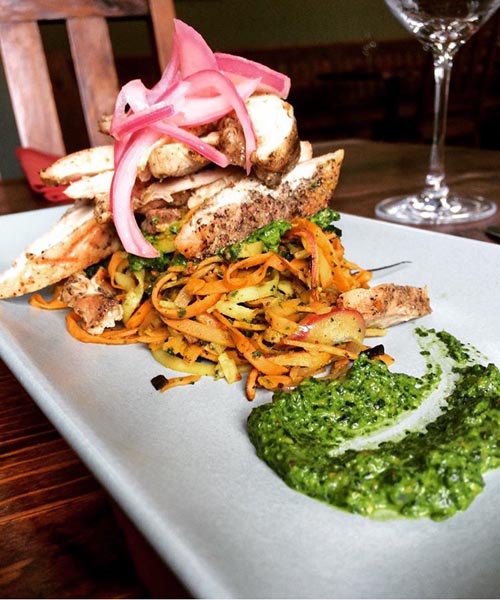 The Paleo diet is an adaptation of the foods early humans ate before the agricultural revolution. It means eating meat, fish, vegetables, fruits, nuts and seeds. It excludes dairy and grain products such as milk, cheese, cereal, corn, wheat, rice, pasta, sugar, and other processed foods. The Paleo diet aims to incorporate whole foods and meats in the way which one’s body responds to them best, the way humans evolved to eat. 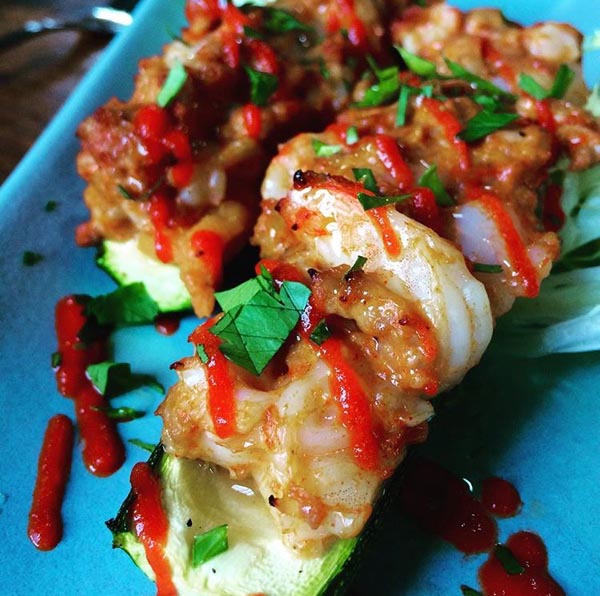 Central Coast Paleo meals are served in “Zone Blocks,” a system of portion control part of Barry Spears’ Zone diet. There are four types of Zone Block categories which measure amounts of fats, carbohydrates, and proteins. The amount of blocks per day are based on a person’s size and dietary needs to achieve life, health, or fitness goals. For example, a one block meal would require one meal choice from each category; a two block requires two choices from each category; three blocks requires three choices from each category, and so on. A set amount of blocks are allowed each day to meet goals, generally 11 blocks for the average female and 16 for the average male. Each Central Coast Paleo meal is four blocks.

The weekly delivery costs $100 for 10 pre-packaged meals. There are typically three different entrees in each package and they vary weekly. The sealed meals are good for at least week in the refrigerator. Orders must be placed Thursday evening for Monday delivery.