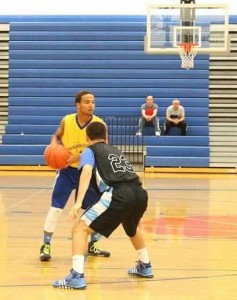 Four teams with the AAU Central Coast Warriors, a local basketball travel team organization, traveled to Reno, Nevada to compete in the Jam On It Tournament over Memorial Day weekend. The Warriors that made the trip are members of the varsity, junior varsity, 8th grade, and 5th grade teams, made up primarily of players from Paso Robles, Templeton, and Atascadero. They joined with over 1,000 teams from across the country for an eventful weekend.

On Saturday night, the varsity team played two close games and went 1-1 while the JV team lost a close game to the Sonoma County Cagers.The 8th grade and 5th grade teams also lost their games on Saturday but played well, according to Knightshead.

On Sunday morning, the 5th grade Warriors defeated a team from Nevada by 15 points and the 8th grade team won a close,  3-points-difference game. Later that same evening, the varsity players lost a close game to a team from Sacramento and the JV split on the day to teams from Santa Cruz and Oregon. 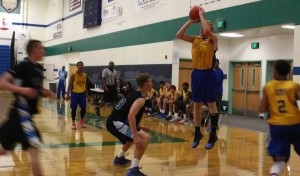 After another win on Sunday night, the 5th graders advanced on to Monday’s championship game. With only a 5-points-difference, they lost a close championship game to end their weekend in second place.

“The weekend definitely had its ups and downs but the all of the kids stayed positive, had a great experience, and bonded as a group,” said Knightshead. “The parents made friends on 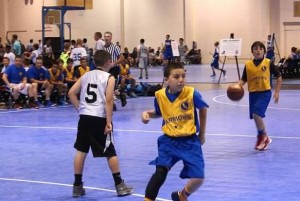 the trip and we really became a family unit by the end of the weekend. A lot of people have an image of AAU sports as an intense business-type program, but we try to make ours all about the kids and building a family-type atmosphere.”

As part of an organization that places emphasis on setting kids on a focused track to college, the Warriors on the high school-level teams are required to also compete as players on their school basketball teams. The regular season runs March through August, with a summer session taking place in July and August. Registration for the summer session will be announced soon – contact Gerrell Knightshead at (805) 440-6229 or gerrell.knightshead@gmail.com for more information. 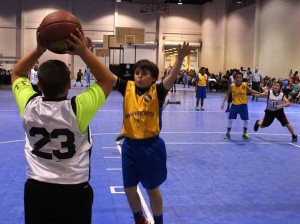 The Central Coast Warriors invite former players and the local community to come out and support local players at their upcoming Paso vs Atascadero Alumni Game, taking place on Saturday, June 22 at 10 a.m. at Templeton High School. All of the proceeds from the event will directly benefit local youth basketball players and allow them to travel to future tournaments.

The Alumni teams will consist of former high school players from the 80s through 2008; signups are still underway and interested athletes are encouraged to contact Gerrell Knightshead at (805) 440-6229 or gerrell.knightshead@gmail.com.