Larry and Teresa Stanton have found their niche in the hills of Westside Paso Robles. Larry’s daily routine includes inspecting the 20 acres of vineyards planted on the Cerro Prieto Vineyard and Cellars property, which they have farmed since 1984. 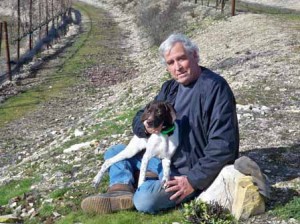 As he talks about his vineyards, Larry Stanton shows confidence in his vines and says, “This place has produced world-class wines.

“For the first few years we farmed barley and ran a few head of cattle,” Larry says, adding “farming barley in solid limestone is like trying to get blood out of turnip. However, prime varietal red wine grapes are another story. Growing the Big Reds in limestone is like Brer Rabbit and the briar patch – they both love it.”

And that has been Cerro Prieto – from worthless limestone mountains to the one most ideal spot in the entire world in which to grow the prime varietals.

“Add to that the incredible 70-80 degree temperature day/night swings and you have world class terroir not seen anywhere else in the world,” Larry says, adding it’s been “amazing, just truly amazing.”

The Syrah, Cabernet Sauvignon, Pinot Noir, Merlot and Sauvignon Blanc vines that make up the Cerro Prieto Vineyard were planted and then readjusted through grafting so that the most suitable varietal is planted in each suitable microclimate. The vineyard was designed to take advantage of the many microclimates that he and Teresa have discovered during their years of work on their property.

Larry relocated from Southern California to the Central Coast over 37 years ago, after deciding to pursue his dream of farming while continuing with his medical career. He and Teresa met while working in the medical field. Now, with Cerro Prieto Vineyard and Cellars, Teresa says, they have “continued to work side by side like we did in the medical industry.” 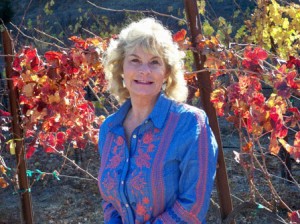 Teresa and Larry Stanton express their gratitude at being able to live in such a beautiful spot with one another and do what they love at the Cerro Prieto estate.

Initially, Larry and Teresa grew their grapes to sell to winemakers in the area. Then Larry began to notice something happening each year in their vineyards: the plants on the edges of each plot would ripen first. Due to the different conditions these grapes experienced on the fringes of the rows, pressed up against the oak forests, their ripening timetable was accelerated. He began to harvest these grapes separately from those harvested by his grape buyers, and with the small lots of grapes started to make his own wine.

These grapes from the fringes of his vineyards were ripening in very stressed conditions. For wine grapes, stress is a good thing. Larry says that each year this part of his crop, these “ultra-stressed” grapes, were the best 5 percent he grew. “My goal was to grow the perfect grape and by 2006 I had done it, and that is when I started making wine.” He credits the quality of the wines he makes to the vineyards, and to the grapes they produce.

Cerro Prieto grew out of Larry’s desire to see what these grapes from the fringes of his vineyards could do if they were made into wine on their own instead of being blended in with the rest of the crop. As a small winery, Cerro Prieto had the ability to process such small lots. Each year Cerro Prieto produces around 350 cases of wine, all blends with the exception of their first wine, a Merlot.

Cerro Prieto produces low-yield grapes, and gets about 1 ton per acre from the vines, and says that this translates into about 1 bottle of wine or less produced by each vine. This approach seems to be working for Larry and Teresa. Since producing their first vintage in 2006 they have received some exciting awards:

While Larry says that he produces his wines with wine aficionados and “real wine fans that like fine wine” in mind, he also thinks of food and food pairings as he makes his wines. He says, “I enjoy sitting down to a nice meal and opening one of our really superb wines.”

As he talks about his vineyards, Larry shows confidence in his vines and says, “This place has produced world-class wines. It’s been incredible for us. We have been stunned by how successful our vineyard has been; we did the work, but the vineyard is the one that makes the wines.”

Both he and Teresa express their gratitude at being able to live in such a beautiful spot with one another and do what they love. Larry says of the Cerro Prieto estate, “This is a great place to grow old,” and laughingly adds, “but we haven’t tried that yet.”

With Larry’s dream of the perfect wine shimmering in the vineyards, it looks as if Larry and Teresa will continue not growing old together for some time at their beautiful hilltop winery.

Tasting of Cerro Prieto wines is available by appointment. Call (805) 226-8448 for information or visit www.cerroprietovineyard.com.