Chanticleer to perform with Cal Poly choirs on Feb. 1 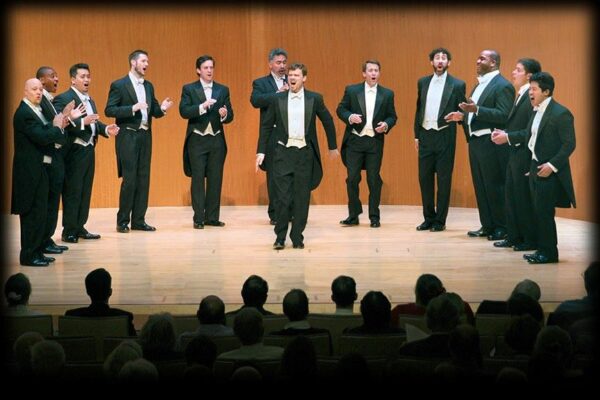 Chanticleer has been hailed as “the world’s reigning male chorus” by The New Yorker.

The concert is titled “Beauty of the Day,” after Nico Muhly’s composition of the same name. The work will have its world premiere performance by the combined choral groups.

Chanticleer has been hailed as “the world’s reigning male chorus” by The New Yorker, and it is known around the world as an orchestra of voices. Founded in San Francisco in 1978 by singer and musicologist Louis Botto, the group has sold more than a million recordings and performed thousands of live concerts to audiences worldwide.

Chanticleer’s repertoire is rooted in the Renaissance but has expanded to include a wide range of classical, gospel, jazz and popular music. It has a deep commitment to the commissioning of new compositions and arrangements.

At the end of the concert, the Cal Poly Choirs will join Chanticleer for the premiere of “Beauty of the Day,” Muhly’s composition which was commissioned by Chanticleer. The piece will feature university organist Paul Woodring on the Forbes pipe organ. Muhly is well known for his commissions for both classical and popular musicians, and he has written two operas for the Metropolitan Opera in New York.

Director of Choral Activities Scott Glysson conducts the Cal Poly Choirs. Woodring is the accompanist for the choirs.