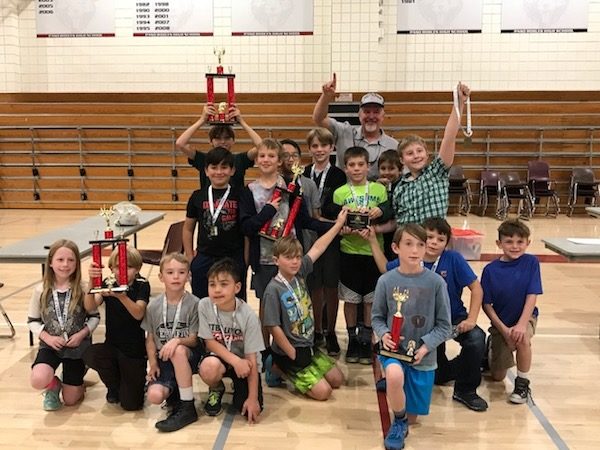 —Over 14 elementary, middle, and high schools from SLO County participated in 2017 “Fall Fiesta” SLO County Scholastic Chess Tournament on Dec. 2. The event was organized by the San Luis Obispo Chess Club and hosted by the Paso Robles High School Chess Club at the PRHS Gil Asa Gym. Over 60 competitors played from schools in SLO County and Santa Barbara County. The competition was divided into a non-rated and rated section; non-rated means the results are not sent to the United States Chess Federation while rated scores are sent.

Individual winners from first to fifth place are listed below:

Rated
1. Wyatt Paul Ashton from Vineyard, with 5.0
2-3. Sahithya Saravanan, and William T. Waitkus from Arroyo Grande, with 3.5
4-6. Rudy Uribe from CL Smith, Cole Engstrom from Paso Robles, and Christine Seng from Templeton, with 2.0

Another Scholastic Tournament will be held around March 10, 2018, and more information can be found at slochess.com in January.

The San Luis Obispo Chess Club is a United States Chess Federation Affiliate, and multiple clubs can be found at schools around the county for multiple grade levels. There is no membership or requirement to join the club, and more information regarding times and meetings can be found at slochess.com.