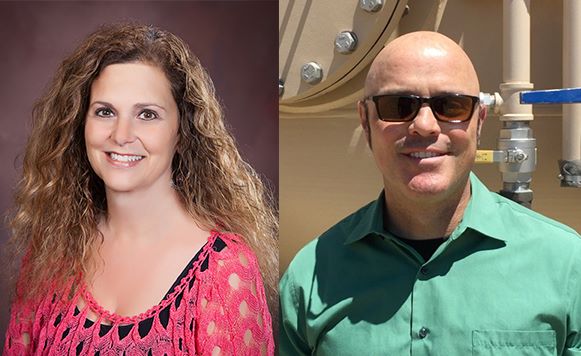 – The City of Paso Robles has appointed a new director of public works and has established a new utilities department.

Freda Berman was selected to replace Christopher Alakel as Public Works Director after an internal recruitment. Alakel will head the newly-created utilities department.

Berman began with the city in 2004 as the parks maintenance supervisor and has been the city’s maintenance superintendent since 2013 and events manager since 2005, where she managed a budget of $6.7 million, oversaw a staff of 16 who maintain more than 120 acres of parks and open space, 15,000 trees, 170 acres of landscape and lighting district property and buildings totaling 180,000 square feet.

Prior to joining the city, Berman oversaw multi-million dollar construction projects for a national general and landscape contractor, worked for the Olympic Games and World Cup Soccer, and assisted with the Special Olympics World Games. She is also a Regent Emeritus of the California Park & Recreation Society Maintenance Management School.

A new standalone utilities department was created after approving the 2022-23/2023-24 budget. The new department will provide management and oversight of wastewater, water, and solid waste functions of the city. Reorganization was deemed necessary due to evolving regulatory environments and growth these utilities are experiencing.

Berman and Alakel begin their new positions on Monday, Aug. 8, 2022.