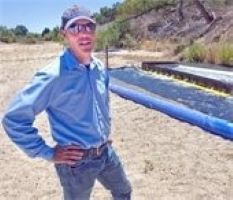 – This week the City of Paso Robles announced the appointment of Christopher Alakel as public works director.