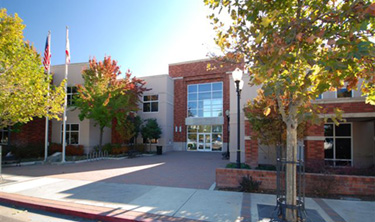 –At Tuesday night’s meeting, the Paso Robles City Council talked about building a new city hall. The issue came up during the discussion of plans for the expansion of the city library. Currently, city hall occupies the upstairs part of the library building.

After public testimony and lengthy discussion, the council agreed to move forward to develop plans to build a new city hall, perhaps as part of a new parking structure over the current parking lot. The city staff will develop more information about options for financing the project and report back during the budget discussion early next year. 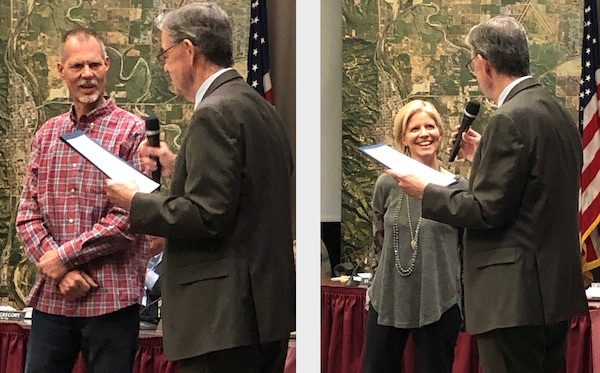 The city council also honored Mark Dart, Heather Stephenson and Wyatt Lund for receiving California Park and Recreation Society Awards. Dart is pictured on the left, Stephenson on the right, being honored by Mayor Steve Martin.