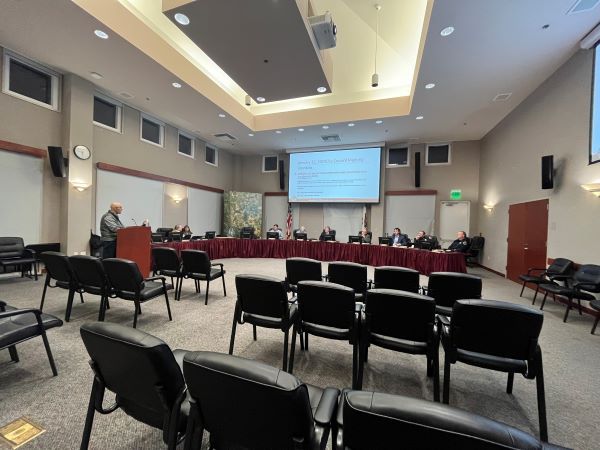 – The Paso Robles City Council held a Special Meeting Thursday evening at the Paso Robles City Library Conference Center to discuss the recent flood water emergency. Councilman John Hamon said the purpose of the meeting was to ratify a proclamation that the council wants to be accepted in the FEMA system.

The meeting also served as an overview of the city’s response to the floodwaters and emergencies it created. 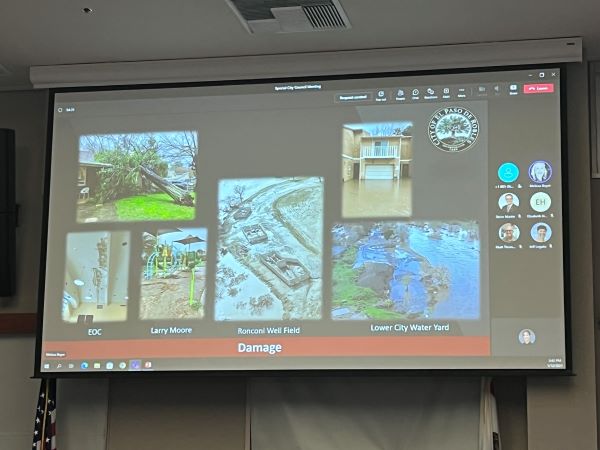 The city activated an emergency operations center on Monday at 9 a.m. when the storm hit.

“I visited the emergency office several times and I was very impressed,” Hamon said. “Assistant Manager Chris Huot did an excellent job coordinating the staff. This coordination doesn’t happen overnight. They’ve been trained for this and prepared for this. It went very well.”

Huot complimented the work of Fire Chief Jonathon Stornetta. “Chief Stornetta made it clear to city staff that they had to learn their roles in the event of an emergency, and they did. Stornetta prepared the staff to respond to the emergency. I was pleased with how well the staff handled the emergency.”

The city report said 17 buildings had suffered minor damage from the storms. Flooding occurred on multiple city streets, requiring full closures of local roadways. Power outages and downed tree limbs required responses from city crews and other agencies throughout the city. Local schools were dismissed early on Monday and were closed on Tuesday.