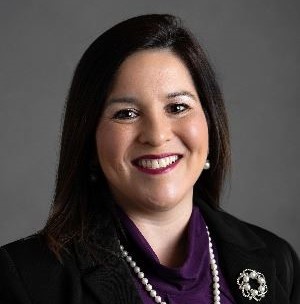 – Councilmember Maria Garcia has resigned her seat on the Paso Robles City Council effective immediately. Originally elected at-large to the council in Nov. 2018, Garcia has served as the District 2 representative since the city transitioned to a by-district council election system in 2019. Garcia notified the city manager and city attorney of a change in her personal residency that precludes her from continuing to serve as a council member. Garcia’s term of office was originally set to expire on Dec. 1, 2022.

“It has been my honor to serve the Paso Robles community for the past three plus years,” said Garcia. “I am proud of the work we’ve been able to accomplish during my time on the city council to address key community priorities such as public safety, street improvements, and enhancing the quality of life in Paso Robles. Unfortunately, the issue of housing affordability remains a crucial issue that has not been solved and must remain a top priority of the city.”

The council is expected to convene a special meeting within the next week to discuss the vacancy. At that meeting, the city attorney will outline the options that exist for the city council to fill the vacant seat. A date and time for the special meeting will be announced separately.

The District 2 seat is one of three elected positions included on the Consolidated General Election to be held on Tuesday, Nov. 8, 2022. Residents interested in running for this seat must make an appointment with the city clerk to receive and submit campaign documents during the nomination period which is currently open and ends on Aug. 12, at 5 p.m. More information on elections within the city can be found at: https://www.prcity.com/Elections

For the time being, residents, business owners, and other stakeholders in District 2 with day-to-day concerns or issues related to city services can contact the city council at council@prcity.com or City Manager Ty Lewis at citymanager@prcity.com or by phone at (805) 237-3888.