Council directed staff to bring back a specific rate proposal for sewer rates, with options, at their Feb. 16 meeting, with a proposed public hearing notice to commence the Proposition 218 notice and hearing process for adjusting sewer rates. The proposed rate increase would be 24-percent in July of 2021, and then 8-percent for 2022, 23, and 24. See graph above. Click here to view the staff report.

The city provides for the collection, treatment, and disposal of wastewater for nearly every home, business, and other facility in Paso Robles. The city wastewater system includes 126 miles of sewers, 14 sewage lift stations, and a 4.9 million gallon per day capacity wastewater treatment plant. Sewer rates are the main source of revenue for the operation and maintenance of the city wastewater system. The city maintains sewer revenues in a separate enterprise fund (the Wastewater Fund or Sewer Fund). Sewer rates have not been adjusted since 2016, according to the city. As a result, they say Paso Robles has some of the lowest sewer rates in the region.

The city is obligated by state regulations to maintain the integrity of its sewer assets so that sewage spills do not occur, to protect public health and the environment. Costs of meeting stringent state requirements regarding water disposal into the Salinas River are significant and included the necessary completion of the Wastewater Treatment Plant Upgrade. While expenditures have increased significantly since the last rate increase, revenues have simultaneously decreased, due to lower water usage and a decision by the Templeton Community Services District to build its own treatment and disposal facility, reducing city revenues by approximately $700,000 per year. Combined, the city says these factors result in a necessary sewer rate increase.

Other highlights from the meeting, as sent by the city, are as follows:

Received an update on the COVID-19 situation and city response – The SLO County Public Health Department continues to administer vaccines to the first tier of phase 1B, which opened vaccination appointments to those 75 years and older. The San Luis Obispo County Health Department is updating their website on Thursdays for the following week’s available vaccine allocation. The public can subscribe to receive the latest updates by going to www.emergencyslo.org/vaccines.

The state’s Stay at Home Order has been lifted, and SLO County is in the Purple Tier; information about what is allowed to be open is at www.emergencyslo.org. The city continues to provide information about resources for residents and businesses at www.prcity.com, and recently launched a new “Keep It Local” Gift Card Program (www.prcity.com/keepitlocal). that offers residents a way to save while supporting local businesses. A propane assistance program is also underway to help defray heating costs for outdoor business this winter; the Paso Robles Chamber of Commerce is administering that program on behalf of the city (https://www.pasorobleschamber.com/). In addition, in response to increased interest, the city is expanding its multilingual communications efforts, including telephone translation services on the city’s info line (805-227-PASO), translating critical press releases and bilingual posts on social media.

Approved the Supplemental Sales Tax Oversight Committee Bylaws – This is an independent committee that reports to the council and the public. Its primary purpose is to provide oversight of the expenditure of voter-approved sales tax funds; it is also able to provide input and advice on expenditures for council consideration. The committee will provide oversight for both N-12 and J-20 funds, since both measures will fund streets work at some level, and since there has been difficulty in achieving quorum with the existing N-12 oversight committee. The committee will have 11 members, including 7 at-large members and 4 members affiliated with local business or community organizations. Overall, 6 or more representatives are to be Paso residents, including at least 1 member from each council district. In addition, the committee will have 4 non-voting liaisons from the council and the executive leadership of police, fire, and public works departments. Council stated its desire for not only a report to the council after every regular meeting of the committee, but also a desire for information for the broader community after each regular meeting. Council deferred consideration of an expanded code of ethics to the future.

Received a General Fund financial forecast – The fiscal forecast is an opportunity to review the city’s current financial situation, including the projected revenues and expenditures, over a 10-year horizon. It is meant to help council and staff prioritize programs and spending in not only the next budget cycle and to assist the council in achieving long-term fiscal sustainability for the city. Key points include the following:

The full recording of the meeting is available for viewing at www.prcity.com/youtube.

In compliance with social distancing, the council, staff, and the public participated via conference call. The public was invited to view a livestream of the meeting at www.prcity.com/youtube, to call into the meeting at 805-865-PASO (7276), and to email public comment to cityclerk@prcity.com prior to the meeting.

The next regular City Council meeting takes place on Tuesday, February 16th at 6:30 p.m., via livestream at www.prcity.com/youtube. There will also be special council meetings on Feb. 5 and Feb. 12 at 8 a.m. for matters related to the ongoing city manager recruitment process, as well as a special council meeting for visioning and goal setting on Saturday, Feb. 20 at 9 a.m. Public comment can be made during these meetings by calling 805-865-PASO (7276) or provided prior to the meeting by emailing cityclerk@prcity.com. 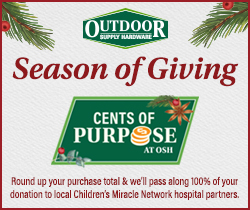