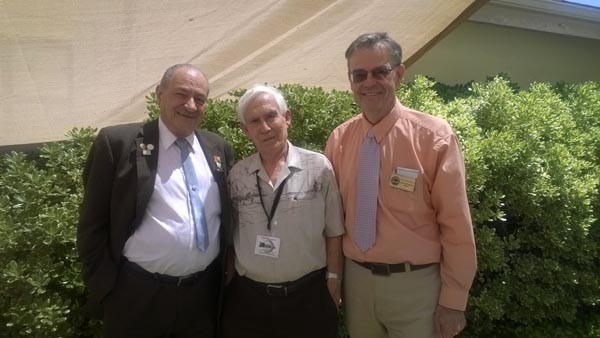 Thorwald van Hooydonk was honored Saturday, May 2, during the annual senior volunteer barbecue at the Paso Robles Senior Center on Scott Street.

Hooydonk, a Science and Engineering Associate at Stanford University, produced the GP-B Gyroscope Rotor and Housing Half, which is recognized globally as the most accurate gyroscope ever made.

He now delivers meals to homebound seniors in Paso Robles.