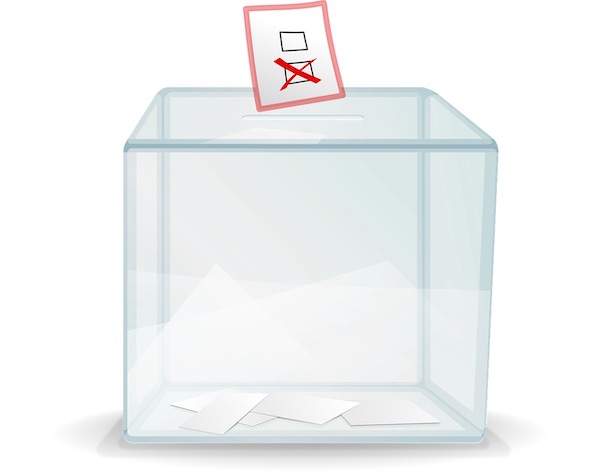 –On Nov. 3, 2020, Paso Robles residents will have the opportunity to vote for two open councilmember seats, one in District 3 and one in District 4, as well as for City Treasurer. Each position serves a four-year term. The initial period for filing Nomination Papers is July 13 – Aug. 7, 2020. However, if a seated incumbent does not file nomination papers for their respective position, the filing period to submit nomination papers for that office will be extended to Aug. 12, 2020.

For all three races, Candidate Packets (Nomination Papers) will be available beginning July 13, 2020, at the Paso Robles City Clerk’s Office. An appointment is required with the Deputy City Clerk to pick up a Candidate Packet. Call (805) 237-3888 to schedule an appointment. Additional election information and the list of current candidates is available online at www.prcity.com/elections. Candidates are encouraged to initiate the process as soon as possible to ensure completion of all required paperwork and secure a nominated spot on the ballot.

The City of El Paso de Robles was incorporated on March 11, 1889. Paso Robles is a general law city (meaning it does not have a separate charter) with a Council-Manager form of government. The City Manager, appointed by the City Council, is the administrative head of government, including being empowered to appoint all city department heads and other staff, with the exception of the City Attorney.

The City Council acts as the board of directors of the municipal corporation and meets in a public forum where citizens may participate in the governmental process. The council establishes city policies, approves ordinances and resolutions, makes land use decisions, approves agreements and contracts, hears appeals on decisions made by city staff or advisory committees, and sets utility rates.

The City Treasurer invests the city’s idle funds to ensure safety, liquidity, and an appropriate return. The Mayor, Treasurer, and Councilmembers receive a monthly stipend set by resolution.

The Mayor, Treasurer, and Councilmembers are all required, pursuant to the Political Reform Act (Government Code Section 81000), to submit a statement of an economic interests disclosure statement, as well as, complete AB 1234 Ethics Training, and submit other Fair Political Practice Commission (FPPC) campaign and annual statements.

Regular meetings of the Paso Robles City Council are held on the first and third Tuesdays of the month, beginning at 6:30 p.m. During the COVID-19 pandemic, these meetings are held virtually. When meetings again can be held in-person, they will be held in the first-floor Conference Center/Council Chamber at City Hall. Copies of the staff reports and related materials are prepared in support of individual scheduled agenda items and available in the City Clerk’s Office or the City Library at 1000 Spring Street, or can be viewed/downloaded from the city’s website.

Virtual and in-person council meetings are open to the public, with the exception of closed sessions; closed sessions may be held only for certain reasons, such as real estate transactions, labor negotiations, and pending or threatened litigation. The mayor chairs council meetings and is the presiding officer for the council, but does not have veto power.

–Submitted by the City of Paso Robles