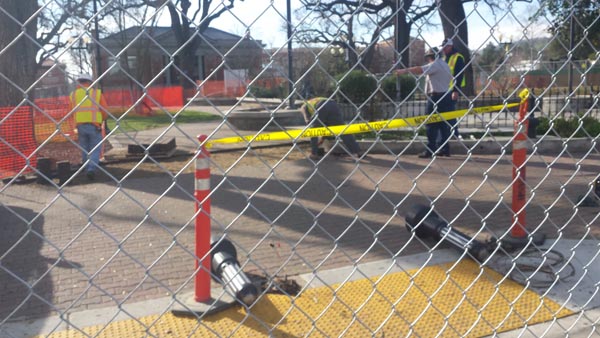 Construction crews are beginning to lift the brick pavers near the park’s entryway.

–The improvements to Downtown City Park have officially begun. The City of Paso Robles hosted a groundbreaking ceremony for the rehabilitation and repair project last week.

In June 2014, the city was awarded an $804,450.00 State of California Housing-Related Parks Grant to improve and rehabilitate the park. In addition to the grant, the city has redevelopment funds totaling $650,000 that meet conditions to be used for the project, bringing the total available budget to $1.45 million without using any general fund dollars. 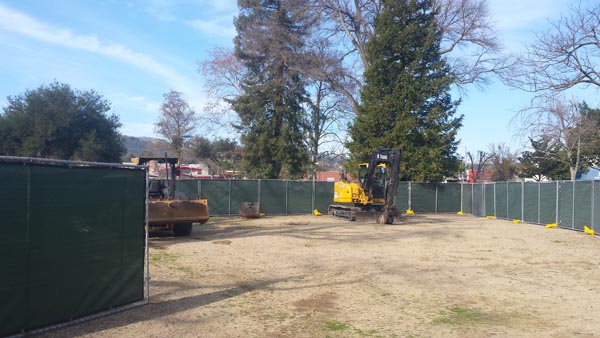 Work included in the project includes installation of a new playground, a new entry plaza and repairs to pathways to meet American with Disabilities Act requirements. The gazebo and barbeque area are scheduled for repair as are the irrigation and electrical systems. New trees and plantings are also part of the project.