The upgrade project cost $47 million and is the largest infrastructure project in the city’s history. The project is funded by revenue from rates and fees adopted by the city council in 2011, and financed through the state’s Clean Water Revolving Fund loan program. The project is designed by Black & Veatch and constructed by W.M. Lyles Company. The Covello Group is managing construction for the city. 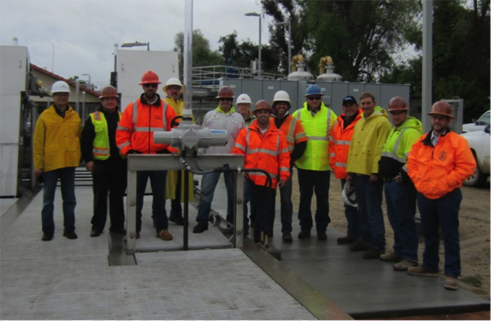 The society also awarded the city’s Union Road bike lanes with “Bikeways and Trails Project of the Year.”

The project reconstructed and widened Union Road for bike lanes and sidewalks, from Kleck Road to Prospect Avenue. The $2.8 million project included relocation of underground utility lines, lowering of a 3100 foot section of the road, and installation of retaining walls, sidewalks, and bike lanes. A key challenge was maintaining continuous access to nearby residents throughout construction. 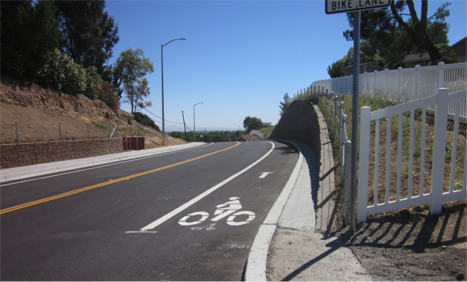 The society also awarded the city’s new Pine Street Park and Ride Lot with, “Sustainability Project of the Year.”

The Pine Street Park and Ride Lot was funded by a combination of regional transportation funds, city funds, and grants. The project was designed by Wallace Group and built by CalPortland Construction. 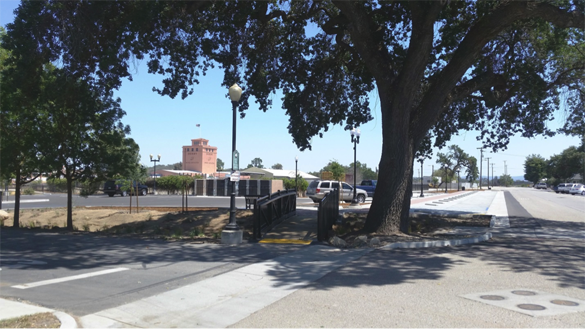 Paso Robles Mayor Steve Martin said, “We are very excited about this recognition as it spotlights the commitment of our community and the expertise of our staff. Our new wastewater treatment plant utilizes the latest technology to improve the quality of discharges into the Salinas River in the most cost-efficient manner. The Union Road bike lanes will facilitate the utilization of our traffic circulation system by local bikers, providing improved alternative transportation options while greatly increasing traffic safety. These and other projects currently underway demonstrate again Paso Robles’ ability to plan for the future and implement in the present.”