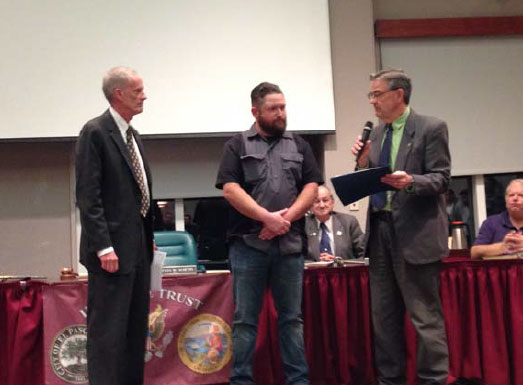 Since he started working for the city in June of 2015, Camsuzou has done an outstanding job, and due to his knowledge, he has helped significantly cut down on city vehicles being sent to vendors for difficult repairs and is able to tackle them firsthand, the city reports. He recently passed the Automotive Service Excellence (ASE) test.

Camsuzou attended UTI (Universal Technical Institute) in Arizona and received a degree in diesel and diesel industrial. He has worked at Paso Truck center and at Paso Robles School District.