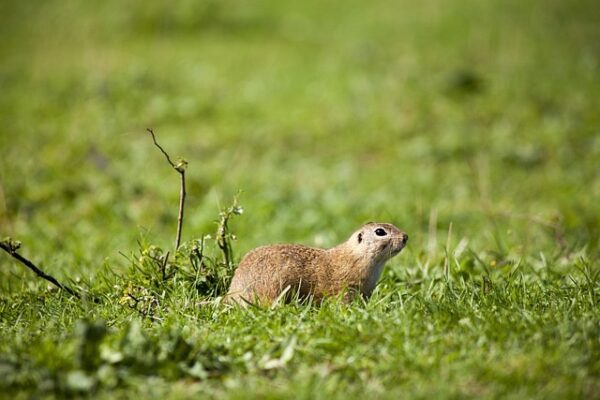 –The City of Paso Robles recently posted signs around Turtle Creek Park in Paso Robles informing residents to not use poison in an illegal attempt to eradicate the ground squirrels living in the area. Apparently, someone put poison in the squirrel holes bordering the sidewalk on the south side of Turtle Creek Road. The rodenticide can be harmful to pets and humans living or walking in that vicinity. 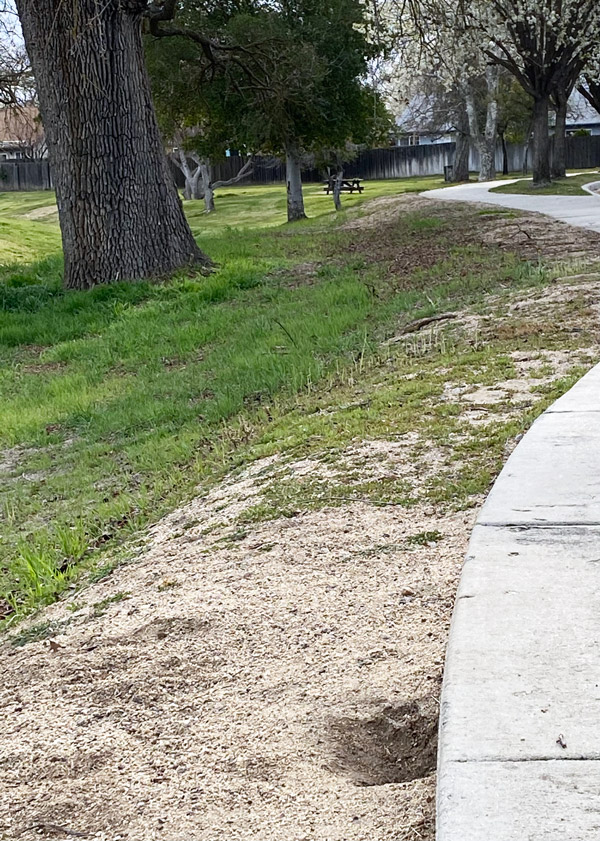 The City of Paso Robles is notifying the public that anyone caught using unauthorized rodenticide faces up to $5,000 in fines.

Many people use the sidewalk along Turtle Creek Road to walk their dogs. Exposure to illegal poisons presents a serious health risk to pets and humans. 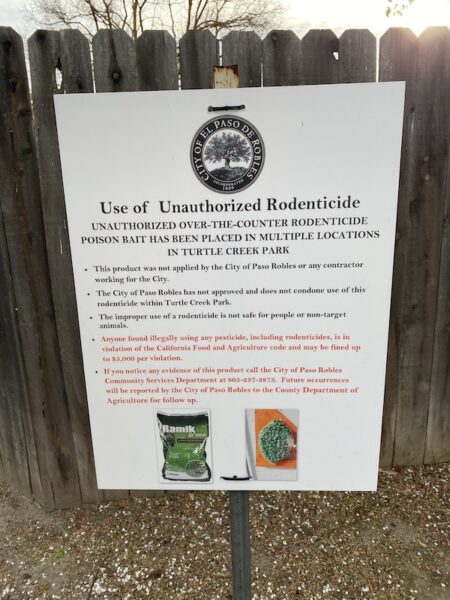 Use of Unauthorized Rodenticide

Future occurrences will be reported by the City of Paso Robles to the County Department of Agriculture for follow-up.