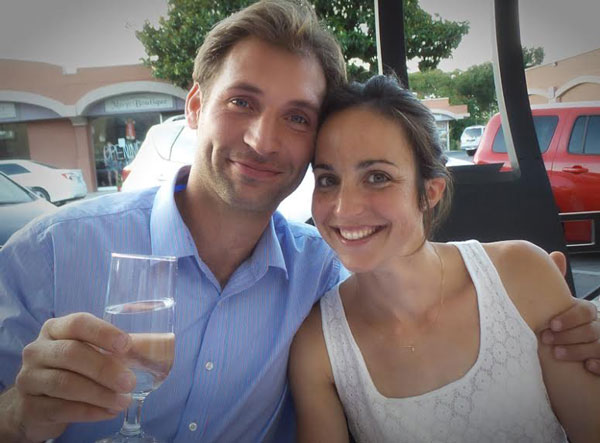 A short film about Paso Robles’ Clos Solene Winery has been accepted into the Santa Barbara International Film Festival.

“Clos Solene,” a an 8-minute documentary by San Luis Obispo photographer and Cal Poly graduate Chris Leschinsky, will be part of a group of “Screen Cuisine” shorts to be shown Feb. 6-7 at the Santa Barbara Museum of Art.

The film is about Clos Solene’s founder, French winemaker Guillaume Fabre, who moved to California to start his own winery and raise his family. The film follows Guillaume, his wife Solene, and his two young children through the grape growing season. This charming short feature is about a man, his family, his vision and his passion.

“This is our dream becoming reality,” says Solene Fabre. “We invested the small savings we had, worked and still work as much as possible to first, make elegant wine with character and personality, but also to develop a relationship with the persons who are supporting us in this endless work.”

The 11-day event showcases over 200 films from 54 countries around the globe. Over 85,000 attendees will converge on Santa Barbara to view films at various historical sites throughout Santa Barbara. “Screen Cuisine” is a selection of short documentaries featuring engaging stories about brew masters, chefs, entrepreneurs, and winemakers.

Born into a wine-making family in France’s Languedoc, Guillaume Fabre came to Paso Robles in 2004. Guillaume is the definition of a Garagiste winemaker: a small-lot vintner who’s challenging the traditional winemaking style. Driven by an energy to seek out better terroirs, fruit, and barrels, Guillaume makes the best possible blends under the successful boutique label, named for his love, Solène.

Solène was raised in a small town in Northwest Bordeaux, and grew up like all the children in the region, harvesting in September, and learning about winemaking from neighbors. She studied Spanish Language, Literature and Civilization at the University of Bordeaux, France, and Seville, Spain. Just before graduating as a Spanish teacher, Guillaume invited her to come see him in Paso Robles while he was there as an intern and convinced her to join him in California. Solène worked for two different Paso Robles wineries before joining Guillaume full-time at Clos Solène.

Chris Leschinsky is a commercial photographer based in San Luis Obispo. He shoots still and motion imagery for a variety of advertising and editorial clients. He also shoots set stills for Film, TV, and Broadcast commercials. “Everything is shot digitally but I still keep an RZ loaded with color negative film in my truck, just in case,” Leschinsky says.

“I was born in San Francisco and raised in Sonoma Valley,” he says. “I started taking photos while on a trip to Hawaii and then was inspired by my late relative, photographer Jim Marshall. That brought me to Cal Poly SLO State College where I graduated with a B.S. in Art + Design. From there it was back to San Francisco to assist commercial photographers and really learn the biz. I opened my own studio in 2002 in San Luis Obispo and remain here today with my wife Nina and two young boys, Rio and Aksel.”