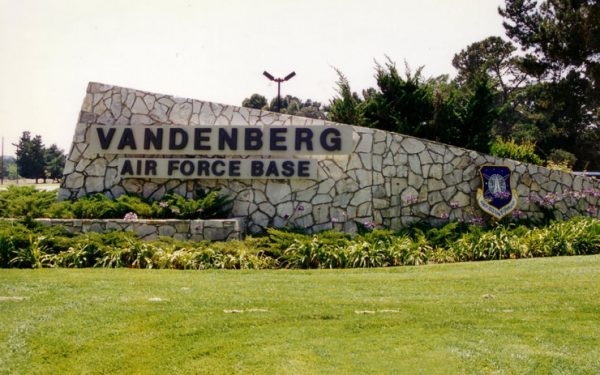 – A broad coalition of local and state government, higher education, and business organizations is building on its advocacy for Vandenberg Space Force Base’s selection as headquarters for the U.S. Space Force Space Training and Readiness Command, or STARCOM.

The coalition joins Sen. Dianne Feinstein, Sen. Alex Padilla, Congressman Salud Carbajal, and Congressman Jimmy Panetta in sending a fresh round of letters to Air Force Secretary Frank Kendall supporting Vandenberg — long home to the training and education of the nation’s space professionals — as the natural and intuitive fit for STARCOM.

These letters coincide with announcements that California will double down on its leadership role in the commercial space economy by granting tax credits to two space launch companies planning to expand their operations at Vandenberg.

Building on the growing coalition’s first letter in June 2021, the letter lays out the regional planning and activities taking place in anticipation of hosting STARCOM, from growing the housing supply and enhancing community infrastructure to advancing the space and aeronautics ecosystem in the region.

“Our region and state have taken concrete steps to prepare for a growing Space Force footprint, support VSFB’s mission and build the physical and human infrastructure to position it at the center of a vibrant Central Coast space ecosystem,” the letter states.

Vandenberg, home to the Space Force training unit Space Delta 1 as well as Space Launch Delta 30 and the Western Range, was named as one of six candidates for STARCOM headquarters in April, with a decision expected early next year.

“Being chosen to host one of the three Space Force field commands would establish the Central Coast as a prime launchpad for our nation’s space future,” said Melissa James, president and CEO of Reach, the designated community support organization for Vandenberg. “The region has put a lot of concerted effort into supporting Vandenberg and growing the space ecosystem here — through our MOU partnership, the commercial space master plan, the Central Coast Uplift Coalition, and now the waterfront infrastructure study exploring opportunities to enhance Vandenberg’s boat dock and related facilities — and we are eager to show that we have the right stuff to host this high-profile national command.”

“The Central Coast is already home to the premiere hub for military, civilian, and commercial space industry on the West Coast — and I am eager to build on its cornerstone status in our nation’s space operations by making it the permanent home of STARCOM HQ,” Congressman Carbajal said. “As I have repeatedly made clear to the Pentagon and have done so again in this letter to Secretary Kendall: Vandenberg is already a proven site for space training and testing, and its prowess and proximity to some of our country’s finest research institutions and aerospace industry make it the best candidate. I am certain that our military leaders will take note of this unified voice from our region’s public and private sector and will continue working in my role as their representative in Congress to advocate for them and the economic opportunities that would come from bringing STARCOM to our region.” (Read the California delegation letter.)

“Supporting the growth of the military and commercial operations at Vandenberg is a top priority for northern Santa Barbara County,” said Santa Barbara County Supervisor Bob Nelson, whose district includes the base. “We take pride in upholding the responsibilities of a host community and are committed to enhancing our physical and community infrastructure to help the Space Force and commercial enterprise reach new heights on the Central Coast.”

“Vandenberg’s impact on the regional economy is already significant and stands to grow even more,” Santa Barbara County Board of Supervisors Chair Joan Hartmann said. “Getting the pieces in place to reach that full potential is a huge opportunity for the region.”

At the same time, it was announced that two space launch companies plan to expand operations around Vandenberg thanks to new California Competes tax credits.

Relativity Space, which is building a launch complex at Vandenberg for its fully 3D-printed rockets, will invest more than $100 million and create 1,044 jobs between its Long Beach and Lompoc facilities in exchange for a $30.7 million credit. A similar credit last year fueled a $320 million expansion that has jump-started the launch complex, new headquarters in Long Beach, and the addition of 1,000 jobs by 2025.

Astra Space Operations received a $25 million credit for plans to invest $300 million and create 664 jobs in Fairfield, Alameda, and Vandenberg. “Companies like Astra and Relativity represent the best of California’s innovation economy,” said Dee Dee Myers, director of the Governor’s Oce of Business and Economic Development (GO-Biz), a signatory on the STARCOM letter. “In addition to these two awards, we look forward to supporting regional economic development initiatives across the state that are community-led and with a focus on space.”