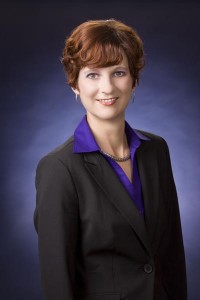 — Suzanne Leedale has joined Coast Hills Credit Union as its vice president of branch operations after spending the past seven years as CEO of SLO Credit Union.

“Suzanne’s experience as an industry leader is a tremendous asset as we reach out to a field of membership that now includes all of five counties on the Central Coast,” CoastHills President and CEO Jeff York said. “This position will be crucial as we expand into new territories.”

Leedale’s honors include being named to the “Top 20 Under 40” by The Tribune in 2009. She also made the Pacific Coast Business Times’, “Who’s Who in Banking and Finance” for the past three years. She has a Business Administration degree from Wayland Baptist University and completed Western CUNA Management School’s three-year program.

Born and raised in Springfield, Ohio, Suzanne started her financial career in the U.S. Army’s Finance Corps where she processed payroll, issued travel payments and made sure that deployed soldiers’ requests for needed funds were met. Upon leaving the Army, she was hired by a credit union in Fairbanks, Alaska, where she worked her way up from financial service rep to information technology manager.