–CoastHills Credit Union is working with law enforcement, including the FBI, to resolve an incident involving skimming devices found on CoastHills ATM machines on Saturday in Santa Maria and Lompoc. The affected machineswere located at the Lompoc branch on the corner of H Street and College Avenue and the Santa Maria branch on Stowell and Broadway. 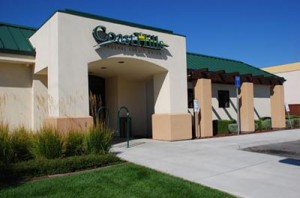 The CoastHills Paso Robles branch was not effected by the ATM incident, the company reports.

New “Instant Issue” cards will be provided to those affected members. The cards are available at the Lompoc, Vandenberg Village, Santa Maria (Broadway and Stowell) and San Luis Obispo branches. Instant issue cards will allow members to immediately access their accounts using the new card and PIN.

These particular skimmer devices fit right over the ATM card reader and look identical to the actual reader. The CoastHills Incident response team, and NCR, the ATM manufacturer, completed inspections of the entire CoastHills ATM network immediately upon discovery of the skimmers, including ATMs at the Santa Maria and San Luis Obispo airports and Marian Regional Medical Center.

“We are partnering with law enforcement to fully resolve the issue, including the FBI, who told us that this type of sophisticated skimming device is new territory to them,” said Paul Cook, CoastHills Chief Information Officer.

CoastHills provided local police department investigators with surveillance videos from both locations, which included an image of the suspects.

Cook emphasized that security of member data is paramount, and the credit union is meticulously reviewing records for its members and all others who used the affected CoastHills ATMs. CoastHills is in the process of contacting those individuals potentially affected by the ATM breach with details and action.

CoastHills is a not-for-profit credit union currently serving more than 60,000 members in Ventura, Santa Barbara, San Luis Obispo, Monterey and Santa Cruz counties. It has 11 branches, including one in Paso Robles, and a full service call center. With assets of more than $870 million, CoastHills is one of the largest independently-owned financial institutions on the Central Coast.