Collision occurs outside of A.J. Spurs in Templeton 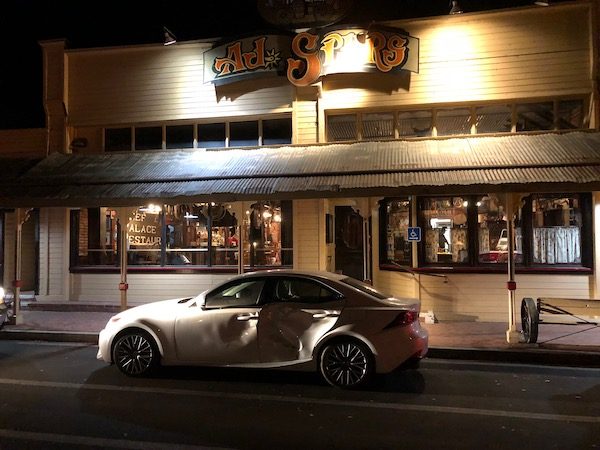 –Around 9:30 Friday night, an accident occurred on Main Street in front of A.J. Spurs Saloon and Dining in Templeton.

The driver of a white sedan reportedly made a U-turn on Main Street in downtown Templeton, directly into the path of the Templeton Fire Department Rescue Unit. The driver of the rescue vehicle could not avoid a collision, striking the side of the white passenger car.

Although there were several emergency first responders on the scene, there were no reports of injuries in the accident. 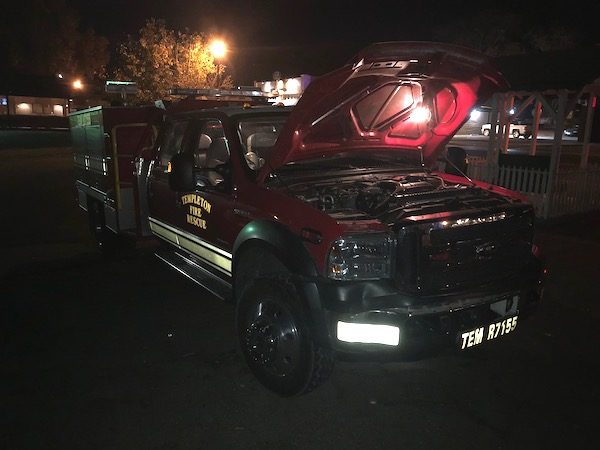 The truck sustained minor damage to its right front bumper, which was pushed back onto the right front wheel. During the collision, the truck creased and crumpled the passenger side of the sedan.