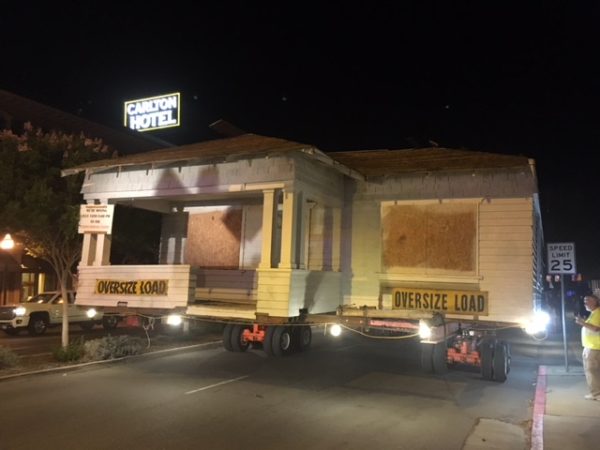 –A Colony Home which stood for a century near Del Rio Road traveled three miles south on El Camino Real Tuesday night to its new home at the Colony Heritage Center next to the Atascadero City Library.

The 100-year-old home was carefully transported by professional house movers with supervision by trained members of the California Highway Patrol.

The only tight section for the 28-foot-wide house was near the Carlton Hotel. The side of the old house brushed against trees in the center divide, but the trees did not suffer any damage.

The truck turned east on Highway 41 and stopped in an oak glen near the Atascadero Library. That’s where Jim Wilkins is creating a Colony Heritage Center. The house will be positioned onto its foundation this week. Later, it will become part of the interpretive center describing Atascadero’s rich history.