Column: Morro Bay discusses removal or preservation of ‘the stacks’ 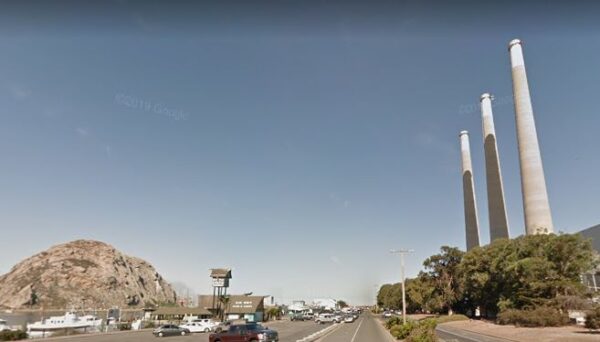 To stack or not to stack

– You are driving up Highway One on the Central Coast of California enjoying the bucolic scenery when upon reaching a rise in the land a spectacular site meets your eyes. Rising like magic from the sea is a huge monolith and you know from the tourist guides you’ve read that this can only be the famous Morro Rock. But wait, what is that there to the right? Three tall structures pierce the tip of the sky. What are they, you wonder? What else could they be but exhaust chimneys for a power plant.

This is the scenario and the reaction people have experienced when first traveling to Morro Bay since the infamous but iconic stacks were built at this seaside location. During the 1950s construction of power plants was seen as something wonderful. It was modern technology, supplied clean electricity everywhere and offered jobs to the locals.

Pacific Gas & Electric owned the Morro Bay Power Plant for many years when during the 1990s they thought to upgrade the plant but meeting with resistance sold it to Duke Energy first and subsequently to Dynegy and it is now owned by Vistra Corporation of Texas. Currently the stacks serve no purpose except as support for PG&E communication equipment that rests atop stack number three. The only other purpose for these towers is they function as perches for the peregrine falcons that search for prey from them. City reports state that the stacks are in good condition, contain no hazardous material and are lighted to warn aircraft. If they are maintained, the stacks could exist for one hundred plus years. The question is, should they?

Cost is the primary reason the town is looking at the future for the stacks as well as the consideration of effective use of the entire facility. Maintenance costs for the stacks is difficult to predict however, biennial structural inspections have already cost upwards of $50,000 and other maintenance costs ranged from $5,000 to $30,000. If the stacks are retained costs are estimated to be $275,000 per stack for long term maintenance.

Thus, the talk in town and at city council has turned to the subject of whether to keep the stacks or have them taken down. In Morro Bay feelings about the stacks run high on both sides of the issue and many a testy conversation has taken place. One of the most contested subjects is about asbestos which is purported to be part of the substance of the stacks. Would removing them be hazardous to the area with asbestos leaking out? SLO County Air Pollution Control includes a report that is available to the public via the city website. Assurance that all safety measures would be followed if demolition is decided is included. But this does not stop the opinions voiced by the public.

At a community forum held digitally via Zoom session the public was given opportunity to speak to the issue: Retain the stacks; Remove the stacks. What to do? The big question is if removal is decided who will pay for it? In the report along with the maintenance costs are figures for insurance coverage as well as the estimate for the city to have a reserve of $2 million to $5 million for the eventual removal. Questionable items are the costs for Vistra for removal and redevelopment of the site.

As things stand now, Vistra is responsible for the demolition of the turbine building as well as the stacks no later than Dec. 31, 2027 (unless the city requests by Dec. 31, 2022, to retain the stacks). If Vistra does not remove these structures by Dec. 31, 2027, they must pay the city three million dollars.

While public opinion varies, many feel removal is the best plan since cost projections for retaining them are high and the city is unlikely to be in a funding position to remove them at a later date. That and the desire for the view of the town as one drives up the highway to be only the visual icon, Morro Rock are paramount for many residents. To stack or not to stack, that is the question.