Paso Robles News|Tuesday, May 24, 2022
You are here: Home » Entertainment » Evening of good comedy and wine coming to Rava Wines

Evening of good comedy and wine coming to Rava Wines 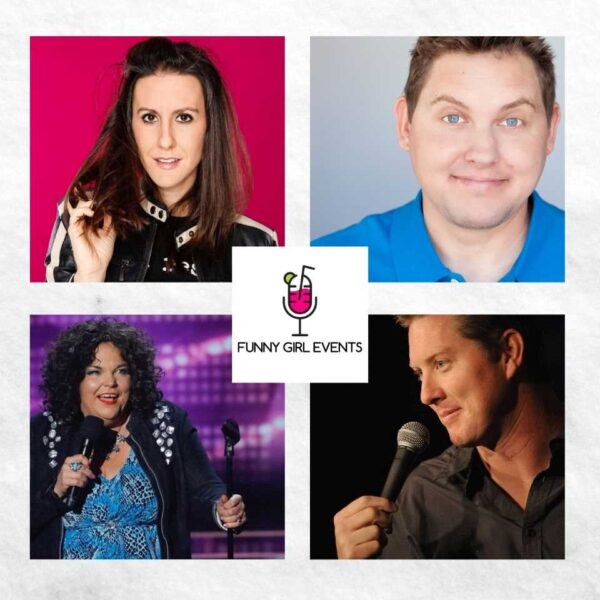 –Come out and enjoy a night of good wine and good comedy at Rava Wines on Friday, Aug. 20. Featured comedians include Tom Clark, Steph Clark, Vicki Barbolak, and Dave Williamson. Gates open at 6 p.m., the show starts at 7 p.m. Attendance is $20 per ticket/ $10 per ticket for wine club members.

Tom Clark has been featured on Conan, Comedy Central, HBO, and was a part of New Faces at the prestigious Just for Laughs Comedy Festival in Montreal.

Steph Clark is the creator of Funny Girl Events. Clark has been featured in The Huffington Post, and was a part of Westside Comedy Festival in Los Angeles.

Vicki Barbolak is one of the America’s funniest and most authentic comedians. She was a fan favorite and top 10 finalist on Season 13 of America’s Got Talent in 2018 on NBC. Vicki was also featured on the 2019 AGT Champions show and Britain’s Got Talent Champions.

Dave Williamson tours heavily, both headlining his own shows and as the supporting act for Bert Kreischer. His second album, “Trying My Hardest” was just released by the Stand Up! Records and reached #1 in the iTunes Charts for Comedy. Dave’s material is in heavy rotation on many SiriusXM stations.

Bring your own lawn chairs or a blanket for the grass area. Patio seating is available on a first-come first-served basis. Food and wine available for purchase. Club membership discounts do not apply to evening events. No outside food or alcohol permitted. 21+ only event.

For more information and to purchase tickets, click here.