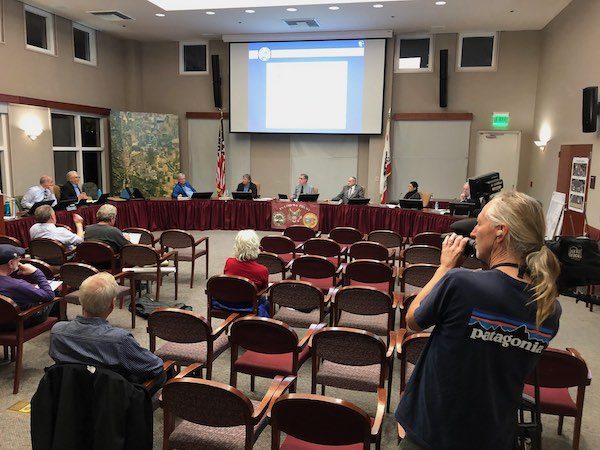 Steve Weinberger of W-Trans of Sacramento outlined three alternatives developed after meetings held with city staff and surveys down with members of the community. Weinberger described the alternatives and how each would make the corridor safer for motorists, bicyclists and pedestrians traveling along Niblick Road between Spring Street and Creston Road.

The council members and city staff agreed that Alternative C of the three plans best suited the needs of the city. City Engineer David Athey and his staff will refine that design and return to the council on March 17th with a specific proposal. The city council is hoping to get a state grant to help pay for the improvements. If they don’t, the improvements may be scaled down to include only paving and painting of the roadway. 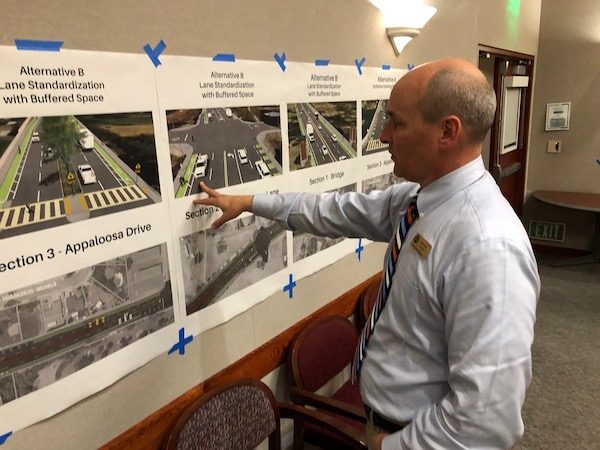 Alternative C would be the most expensive of the three alternatives. All improvements would occur within the existing right-of-way. A shared pathway for pedestrians and bicyclists would be created on the north side of the corridor using the existing sidewalk and bike lane space.

The modifications would combine this width plus some reclaimed undeveloped or landscaped space into one raised pathway with a separator between the travel lanes. This separated facility would be a more comfortable bike riding experience for all ages rather than the existing bike lane configuration directly adjacent to the travel lanes. The number of vehicle lanes would not change but the lane widths would become slightly narrower in the westbound direction which in turn would induce the most speed reduction of all three alternatives.

The following are features of Alternative C.

 Repaving: The project would start with pavement reconstruction for the corridor between Spring Street and Creston Road.

 Striping and Markings: All lane striping would be replaced after the new pavement is installed. High visibility signs and pavement markings would be used where applicable.

 Adjust Layout to Provide 10-foot Raised Multi-Use Path: The existing 5-foot (approximately) sidewalk on the north side of the corridor would be demolished and combined with the 2-4 foot planter strip against the property boundary wall and the existing westbound 5-foot bike lane and be reconstructed as a raised 10-foot multi-use path with a 3-foot buffer area to accommodate both pedestrian and bicyclists. Bicycle travel, like pedestrians, would be allowed in both directions (see discussion below) on the raised path. Existing vehicle lane widths would be adjusted to create room for the raised path. Minimum lane widths design goals would include:

 Buffer Zone: Within the 3-foot raised buffered area, some type of either landscaping, rough pavers, or other elements would be required to discourage bicycle travel in this zone as an eastbound bicyclist would be adjacent and contraflow to westbound vehicles.

 Eastbound Bike Lane: The existing eastbound bike lane would be maintained on the south side of the street with three variations: either as currently striped adjacent to the travel lane, with a striped 3-foot buffer separating the bike lane from the vehicle lane, or with a raised physical device within the striped buffer zone.

 Green Bike Lanes: Green thermoplastic or paint would be used in the bike lane in strategic locations including conflict zones, bus stops, and other high-profile areas such as near the High School frontage.