Paso Robles News|Wednesday, June 23, 2021
You are here: Home » Top Stories » Community members gather at Faces of Freedom in honor of 9/11 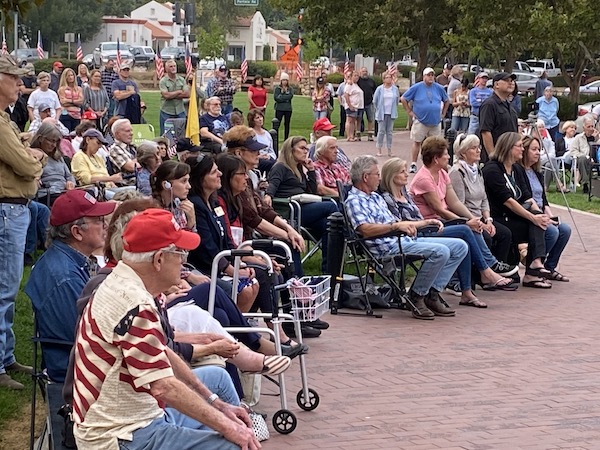 –A Patriotic 911 Remembrance attracted about 350 people to the Faces of Freedom Memorial Park in Atascadero Friday evening. Several speakers addressed the significance of the tragic events which occurred on Sept. 11, 2001. Republican state senate candidate Vicki Nohrden talked about lessons our nation learned from that day 19 years ago which took the lives of nearly 3,000 Americans.

Republican congressional candidate Andy Caldwell described his father’s experiences in the Bataan Death March during World War II, and how his father held no bitterness despite the suffering he endured. He talked about America’s Greatest Generation and their contributions to our nation’s history. 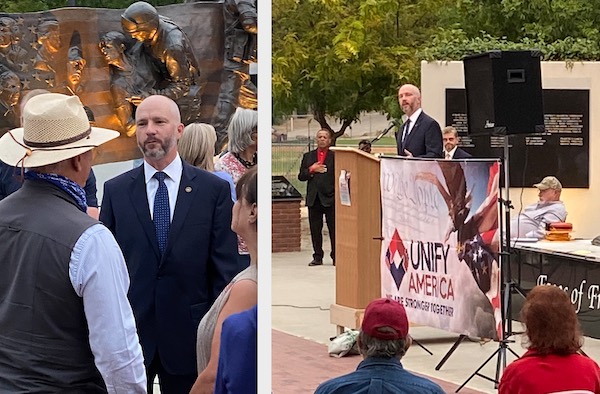 After the speeches and the playing of taps, many attendees lingered at the memorial to talk with the speakers, particularly with District Attorney Dan Dow.

District Attorney Dan Dow provided a precise timetable of events on that historic day including the crash of four commercial airliners into the Twin Towers in New York, the Pentagon in Washington DC, and Flight 93’s crash into rural Pennsylvania. Dow shared the names and descriptions of those who were thrust into the center of those nightmarish circumstances and the courageous sacrifices they made to prevent further loss of life.

After the speeches and the playing of taps, many attendees lingered at the memorial to talk with the speakers, particularly with District Attorney Dan Dow.