Community turns out for Templeton Fourth of July Parade 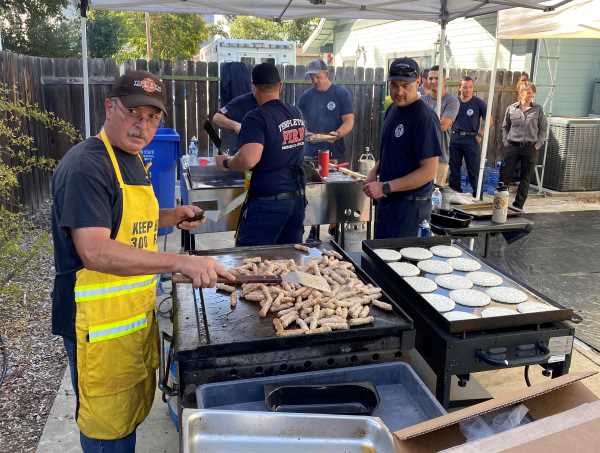 Fire department started off the day with it’s annual breakfast

-The 41st Annual Templeton Independence Day Parade returned with good participation and remarkable attendance. The Rotary Club of Templeton hosted the parade this year, although quite a number of local businesses and volunteers contributed to the effort.

The Templeton Fire Department hosted its annual breakfast at the CSD Fire Station. Fire Chief Tom Peterson said, “We know when there are a lot of people waiting when the people inside tell us, ‘The line is around the corner.’” Proceeds from the breakfast at the firehouse go to the Templeton Firefighter Association which is used to help in the community..

The Grand Marshall was Laurie Ion. She rode with Templeton Recreation Foundation President Janice Burch in a 1957 Thunderbird driven by Tom Jermin. Laurie is retiring from the Templeton Community Service District after serving the community for 32 years.

Local Insurance Agent John Donovan walked through the parade as Abraham Lincoln, with his wife Sharon as Mary Todd Lincoln. Donovan and his wife are a regular feature of the parade. 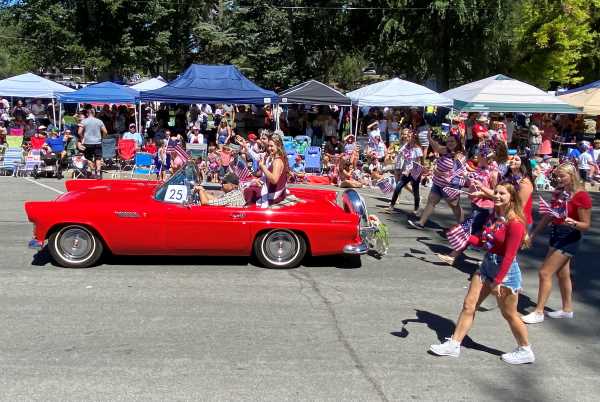 Steve Arnold rode in a 2004 Thunderbird Convertible with his wife, Supervisor Debbie Arnold. Steve is currently serving as San Luis Obispo County’s “Cattleman of the Year.” Arnold is a leader in the cattle and agriculture industries in the North County. He has served as SLO County California Cattlemen’s Association President, and the Farm Bureau President. He is now the California Cattlemen’s Association’s State 2nd Vice President. He will be the State President next year. Debbie Arnold serves as San Luis Obispo County Supervisor in the 5th District.

Wheeled entries ranged from a tandem bicycle to Model-A Fords to big trucks pulling flatbeds loaded with people.
The contestants in the California Mid-State Fair Pageant walked through the parade, following a 1955 Thunderbird convertible carrying the royalty from the most recent pageant.

The parade lasted just over an hour. After it was over, many people stayed in the Templeton City Park to visit booths offering food and beverage, face painting for kids and many other festive products and services. 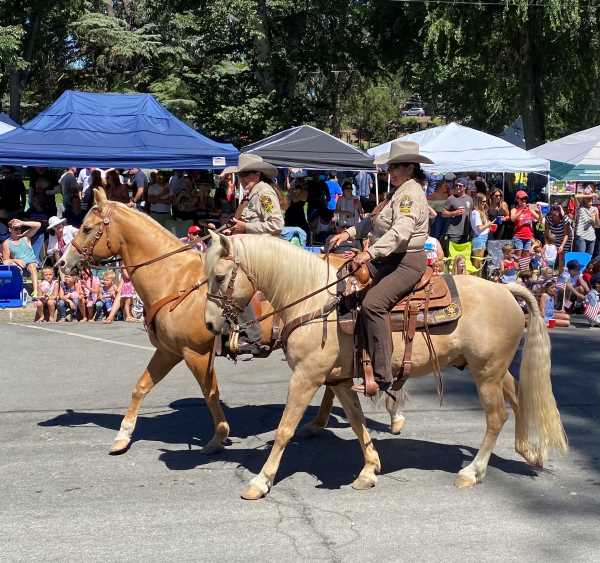