Concerts in the Park return after one-week hiatus 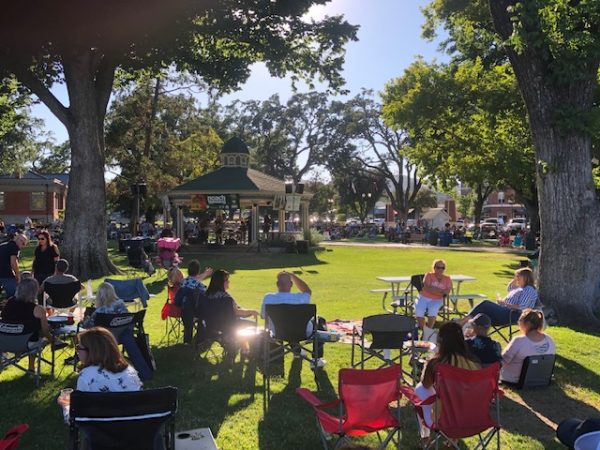 –After a one week hiatus, Concerts in the Park returned to Paso Robles Downtown City Park Thursday night. Noach Tangeras Band entertained a good crowd at the park. The concerts took a break last week because of all the musical entertainment at the Mid-State Fair. Recreation Services Manager Linda Plescia said, “I’m impressed so many people turned out, after no concert last Thursday.”

Saturday night, The Jump Jax will perform at D’Ambino’s in the old train station building on Pine Street. The Jump Jax play rock, swing, blues and jump blues. Drummer and vocalist Mike Smothers says, “We are a dance band.” The band often plays at Talley Vineyards and Winery in rural Arroyo Grande. It’s a Release Party Saturday night at D’Ambino’s.

In Atascadero, “The Jammies” play classic rock, reggae and funk at Saturday in the Park Saturday evening from 6:30 – 8:30 at Atascadero Lake Park Bandstand.

The fair is over, but the Summer of 2019 continues with more musical entertainment in the North County.