An artist rendering of the project.

– Work on the long-awaited Uptown Center at 3328 Spring Street started on Sept. 17. Rick Jeffery of Beach Front Construction acquired the former Paso Robles Ford property in 2005 and has been working closely with the City of Paso Robles to develop a retail/commercial and residential center to meet the needs of the north Paso Robles neighborhoods. The center is expected to be open for business by Aug. 1, 2016. 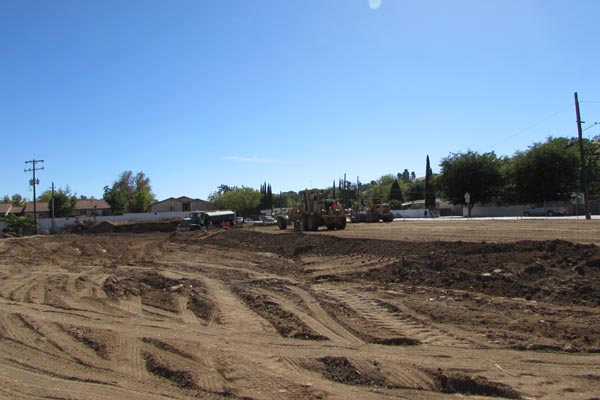 The Uptown Center will have 14,000 square feet of retail and commercial space, plus 20 second-level apartments. Twenty percent of the apartments are to be income-restricted units. Approximately 8,000 square feet of the first level is committed to a grocery store. According to Ryan Jeffrey, Rick’s son, there is significant interest by grocery store providers in opening a store in the Uptown Center. A sign on the property recently said La Renya Market is coming soon.

“As the owners and developers, it is our goal to bring a healthy food option to the residents of North Paso Robles,” said Ryan. The Jeffrey team believe a full service grocery store is a good option for children to stop for after school snacks as well as giving families access to food shopping close to where they live. The center is within walking distance for many residents and an approximate 10 minute drive from San Miguel. Plans for the center include a courtyard with tables and chairs where people can enjoy a meal. 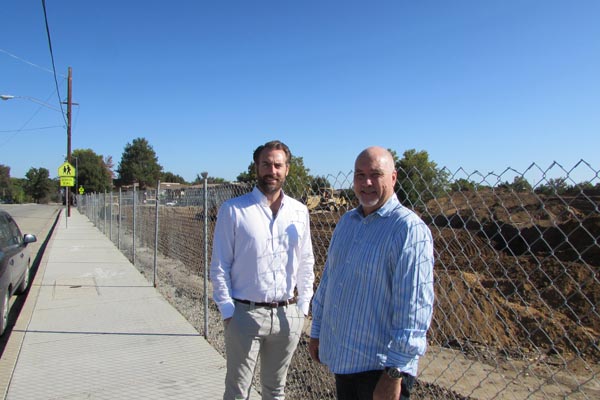 According to the Jeffreys, the Uptown Center is going to offer services not currently available to the local neighborhoods. Letters of intent have already been signed with Boost Mobile and Pizza Express. Street parking between 32nd Street and 34th Street and along 34th Street and Park Street is changing from parallel to angled parking, which creates more parking spaces.

Future plans include building 42 new 1500-square-foot, three-bedroom, two-bath homes behind the Uptown Center. Construction of the homes is expected to start in early to mid-2016.

The Uptown Center is part of the city’s “Uptown/Town Centre Specific Plan,” which was adopted by the Paso Robles City Council on May 3, 2011. The plan includes a specific vision to update the Spring Street corridor from its historic use as a thoroughfare by travelers passing through to a main street that serves neighborhoods and residents. For North Paso Robles, commonly known as “Uptown,” the plan includes upgrading the street networks, and constructing new parks and plazas.

The entire plan is available on the City of Paso Robles website here.