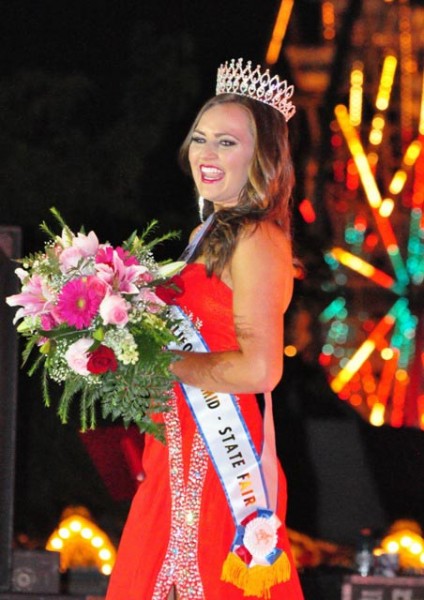 Applications are now being accepted for the 2015 Miss California Mid-State Fair Pageant. Contestants must be between the ages of 17-22 on opening day of the fair, be a current resident of San Luis Obispo County, and have never been married.

Each contestant will compete in five categories: interview, platform, talent, swimsuit and evening wear. In addition, each contestant will establish a platform of service for the fair. If selected as Queen or Princess, they must be able to attend every day of the fair, participating in numerous public events such as introducing performers, taking pictures, and meeting with various dignitaries.

Contestants will receive numerous goodies, with the Queen and Princesses receiving prizes from local businesses. The pageant takes place on Tuesday, July 21 at 6:30 p.m. on the Frontier Stage. Admission and parking are free.

A no-obligation orientation meeting will be held Wednesday, April 15 at 6 p.m. in the Skybox at the Paso Robles Event Center. Applications are officially due Friday, April 17, by 4 p.m., and are available at the Paso Robles Event Center, located at 2198 Riverside in Paso Robles, or online at www.midstatefair.com. For more information, contact pageant coordinator Patti Lucas at (805) 612-6971 or via email at pglucas19@gmail.com.