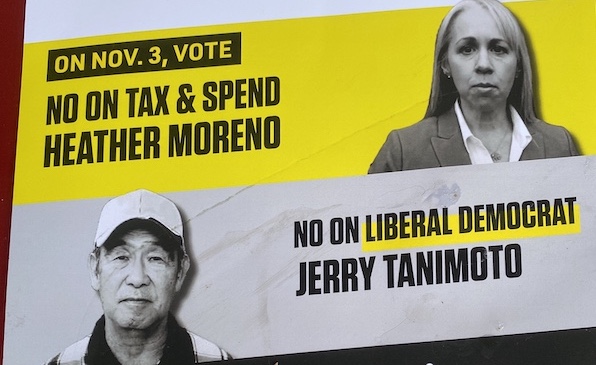 –As general election ballots for Nov. 3 reach voters in the North County, controversial ads and flyers are targeting two candidates for mayor of Atascadero. Local radio listeners have probably heard the ads. They end with the catchphrase, “Say ‘No’ to Heather Moreno and Jerry Tanimoto. Paid for by Atascadero Citizens for Accountability.”

The flyers that were printed and mailed to local residences show unflattering pictures of the two mayoral candidates and share a similar message: “No on Tax & Spend Heather Moreno, No on Liberal Democrat Jerry Tanimoto, & No on their Endless Sales Tax Hike. Sorry, We’re Closed.”

Atascadero resident Don Clickard says he doesn’t like it. The community leader called in to a local radio station and said, “I’m really upset with the flyer and the content because Atascadero doesn’t operate this way, normally. I’ve been living here for 50 years, and we’ve never had anything like this. I’m supporting Heather for mayor, but Jerry Tanimoto is a very good friend of mine. I know that neither of them deserves the kind of depiction they received on this flyer. I particularly object to the fact that it comes from a group from Fresno.”

Who are the Atascadero Citizens for Accountability? The political committee’s office is listed on filing forms at 1625 East Shaw Avenue in Fresno. Its 497 Contribution Report shows only one donor, Creston resident Brad Goodrow. He operates local garbage hauling company Mid-State Solid Waste and Recycling in Templeton. He contributed $10,000 to the campaign. 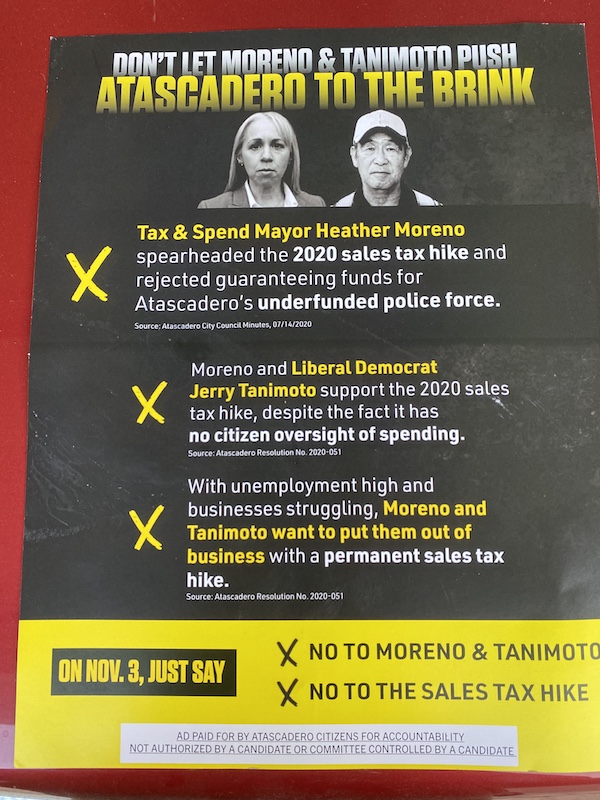 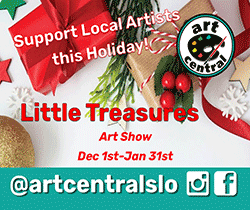