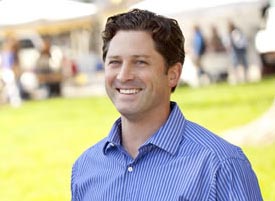 “Assemblyman Cunningham has been a staunch supporter of California’s law enforcement and correctional officer community,” said Glen Stailey, President of CCPOA. “Jordan’s independent approach to legislating and working across the aisle to get things done makes him the easy choice for the Central Coast.”

Cunningham has made public safety and fighting human trafficking one of his top priorities since joining the California State Assembly, according to a news release from his campaign. He has introduced a number of bills to give law enforcement the tools they need to fight human trafficking, and get victims the resources and protections necessary to get out of modern slavery, the release says.