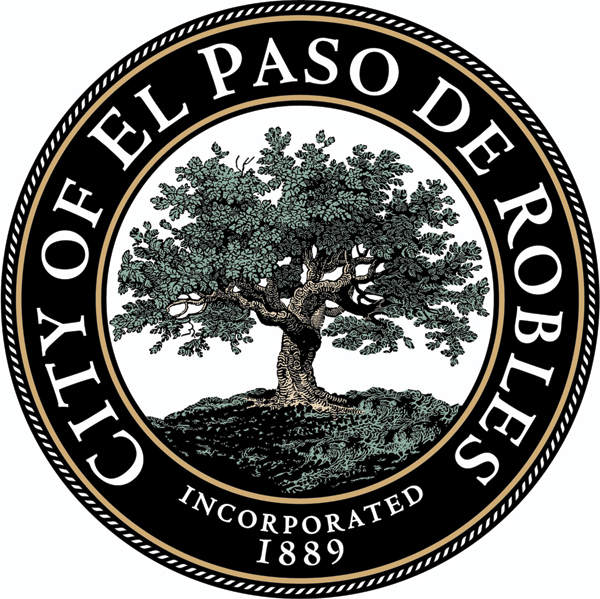 –Highlights from the City Council meeting on Tuesday, March 3, submitted by the City of Paso Robles, are as follows.

Fire and rescue statistics: Approximately three-fourths of the Emergency Services Department’s calls for service are for medical calls. Demographic trends indicate that an aging population will continue to increase the number of calls in that area. The department responded to 125 vegetation fires in the City in 2019 (exclusive of those in the Salinas Riverbed), and that number could increase given low rain levels year-to-date. The Emergency Services Department has an average response time of 6 minutes and 24 seconds. The Department’s goal is to be under 4 minutes 90-percent of the time. With current resources, the department is only able to meet that goal 56-percent of the time.

Streets maintenance: There are about 180 lane miles of roadway in Paso Robles. The city’s 5-person streets crew completes maintenance work such as crack sealing and pothole repair on city roads. Large capital improvement projects are funded primarily through the Supplemental Sales Tax and are completed by third-party contractors. To date, 113 lane miles of work have been completed since the 2012 supplemental sales tax was implemented. During the first 5 years, the focus was on arterials and commercial corridors; since then, and through the expiration of the Supplemental Sales Tax in 2024, the focus will be more on residential streets. The current level of funding is insufficient to maintain the current average Pavement Condition Index (PCI) of 52. Additional resources would be required to improve the PCI, or the average road quality in the city.

Riverbed cleanup: The Police Department’s Community Action Team (CAT) is dedicated to addressing homelessness-related issues in Paso Robles and connecting homeless individuals to county health services and resources. By working with selected homeless individuals to place them in programs that can help resolve mental health and other issues, a dramatic decrease in calls for service and officer time is being achieved. Recently, the CAT team also worked with the Wastewater crew to remove 21.8 tons of trash from the Salinas Riverbed in one day and has placed dumpsters in the riverbed to encourage trash to be deposited there rather than in the riverbed.

Trails maintenance: Trails maintenance is completed through a combination of city staff and several other organizations, including contracted and volunteer-based groups. Maintenance includes debris and graffiti removal; repair of trails, fences, and benches; and vegetation trimming and cleanup. The combination of resources currently available are insufficient to provide an increased level of maintenance; staff is evaluating the potential for an increased level of service that could be considered through the budget process.

Held the second reading of ordinances required to approve the Olsen-South Chandler Ranch Specific Plan and Development Project: On Feb. 20, 2020, the council approved the proposed Olsen-South Chandler Ranch Specific Plan and proposed developments in the Plan area. At that time, the council held the first reading of four ordinances to implement a zoning change and approve development agreements with three ownership groups in the Specific Plan area. Second readings of these ordinances were required to finalize approval and were completed on March 3. Additional project information is available https://www.prcity.com/788/Olsen-South-Chandler-Ranch-Specific-Plan.

Approved a wage and benefit package with the Unrepresented Management Group and Part-Time Employees: The city’s management employees and part-time employees are not represented under a unionized labor format. They do not have a Memorandum of Understanding and do not formally negotiate with the city as do unionized labor groups. Listing the wages and benefits of the management group in a single summary document assists with employee communication and public transparency. The approved wage and benefits summary follows the same wage increases as the SEIU contract that Council approved on Feb. 4, 2020, which includes a 3.0% wage increase for the remainder of 2020, a 1.0% wage increase in 2021, and an additional 1.0% wage increase in 2022. Employees could receive an additional 1.0% in the 2nd and 3rd years should General Fund tax revenues less unexpected on-going expenditures exceed projections by $513,000 or more in either year. This last provision is designed to protect against an economic downturn or other fiscal emergency and enlist employees’ participation in efforts to reduce expenditures and increase long-term fiscal stability. Council also approved hourly wage increases for part-time employees to remain compliant with state minimum wage increases.

Approved a Senior Parking Pilot Program and created a Parking Advisory Commission: Council approved a six-month Senior Downtown Parking Permit Pilot Program, which will cost $30 for the six-month pilot period and will not require participating seniors to use the mobile app or parking kiosks. Council also approved transitioning the Parking Steering Committee to become the Downtown Parking Advisory Commission, accepting the members of the committee as the initial members of the commission and appointing Councilmember Hamon as the council liaison to the commission. This will formalize the advisory role of the group to council on an ongoing basis. Finally, council approved a six-month contract for continued implementation support to Dixon Resources Unlimited for a flat rate of $5,750 per month.

Approved recommendations for Community Development Block Grant Funding: Council held a public hearing on the 2020 Community Development Block Grant (CDBG) Annual Action Plan and recommended that the following applications be listed in the County’s One Year Action Plan for funding: 17th Street infill sidewalk and ramp project for $94,770; Grid Alternatives’ solar project for $ 58,750; ECHO’s homeless services for $21,728; CAPSLO’s senior daycare services for $13,700, and administration costs that primarily go to the County for $ 47,237, totaling the projected $ 236,185 CDBG entitlement amount that Paso Robles will receive.

Approved a countywide regional compact for housing and transportation: The compact is an aspirational document that sets the tone and goals for future recommended plans and actions among the local agencies. It establishes a united regional framework to pursue the development of an adequate supply of housing and resilient infrastructure that supports our economic prosperity. This compact will form the basis for a Regional Infrastructure and Housing Strategic Plan that the county will bring back to cities for approval in late 2020 to early 2021.

Approved landfill rate adjustments: Council approved adjustments to the rate schedule for the City of Paso Robles Landfill to address operational challenges and regional competition. Changes include the following: increasing the base rate charge from $28 to $30 per load, decreasing the rate per ton for walking floor trailer trucks from $51 to $41, and establishing a $100 surcharge for drip irrigation plastic pipelines.

Discussed potential changes to solid waste and recycling collection rates: In response to global changes in the recycling industry and increasing operational costs, Paso Robles Waste & Recycle is pursuing potential rate changes in order to remain compliant with increasing state regulations regarding solid waste and recycling. Several peer cities have already increased rates significantly. Council directed staff to bring back a specific rate proposal and resolution to commence the Prop 218 process for a defined combination of increases over time.

Discussed civic engagement: In 2018, council adopted “Community Partnerships and Engagement” as a key priority. Staff provided an update regarding civic engagement and its evolution since that time. Council received and approved of key focal points for engagement efforts in 2020, including budget development, housing, Downtown parking, homeless services, 2020 election administration, and continued efforts to increase engagement from the Hispanic community.

This represents just a subset of the total actions by the council. The full agenda can be found at https://www.prcity.com/agendacenter and the audio from the meeting can be found at https://www.prcity.com/AgendaCenter/City-Council-2. The minutes of the meeting will be available as part of the packet for the council’s next regular meeting, which is placed online and in the Library as soon as it is available, and always at least 72 hours in advance of the meeting.

The next regular council meeting takes place on Tuesday, March 17, at 6:30 p.m. in the Library Conference Center/Council Chambers at 1000 Spring Street.