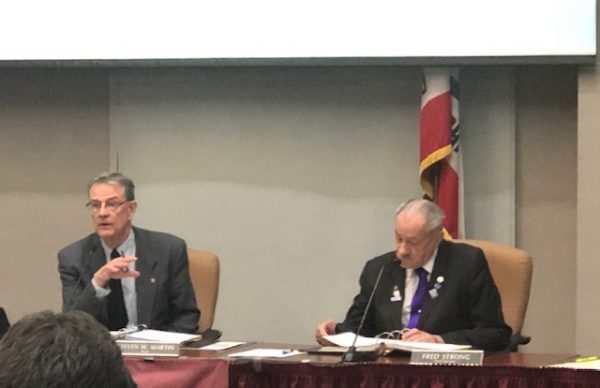 –”A hand-up, not a hand out.” That’s how Councilman John Hamon described the proposal to build a homeless shelter next to the Paso Robles Water Treatment Facility.

The proposal approved unanimously Tuesday night includes approval to spend $147,000 to apply for a state grant of $1.7 million to build a 5,000 square foot building with 36 beds. The grant is through the county, which is given money by the state to address homelessness. The grant would be split with the ECHO homeless shelter in Atascadero, which would receive $500,000 of the grant funds.

Councilman John Hamon says the shelter will give people living in the Salinas River bed a place to go, which will help law enforcement evacuate the homeless sites in the river bed. Hamon says he’s been getting a lot of calls and emails about concerns over the safety and public health of people camping in the river bed. Hamon said one of his concerns is that the city can afford to maintain the shelter.

The council also approved a plan for voting districts in the city. The proposed election district is Draft E of five proposals the council considered Tuesday night. The plan was drawn up by resident Brian Kragh. It gives each councilman his or her own district where they currently reside, so they won’t have to move to remain on the council. The demographic consultants will further develop the plan and come back before the council in April.

Other highlights, as submitted by the city:

Fiscal impact analysis of Beechwood, Olsen–South Chandler Specific Plans–authorized the City Manager to initiate a Fiscal Impact Analysis of three geographic areas by appropriating $74,500 from the General Fund and authorizing the City Manager to execute a contract with David Taussig and Associates, consistent with the proposed scope of work, with the finding that a sole source professional services contract with David Taussig and Associates is in the best interest of the City; and authorize the City Manager and City Attorney to make any needed or desired non-substantive changes to the agreement that are fully consistent with Council direction.

Oak tree removal permit– approved removal of a Valley Oak at 1636 Spring Street, because it is in poor condition and likely will cause damage to the property if it were to remain, and approve the removal of the tree. Additionally, allowed for the waiver of the $600 application deposit based on the decline of the tree not being the fault of the current owner and to require the replanting of one native oak tree on site.

Mid-year budget report and adjustments–received the report and approved amending the budget for Fiscal Year 2018-19 by appropriating $80,000 from the Public, Education, and Governmental (PEG) Fund.

2018 Annual Report of the Implementation of the General Plan–approved the 2018 General Plan Annual Report, and directed staff to submit it to the California Department of Housing and Community Development.

This represents just a subset of the total actions by the Council. The full agenda can be found at https://www.prcity.com/AgendaCenter/ViewFile/Agenda/_03192019-192

The minutes will be available as part of the packet for the city council’s next regular meeting on Tuesday, April 2, 2019. 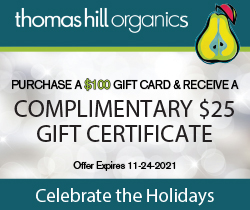