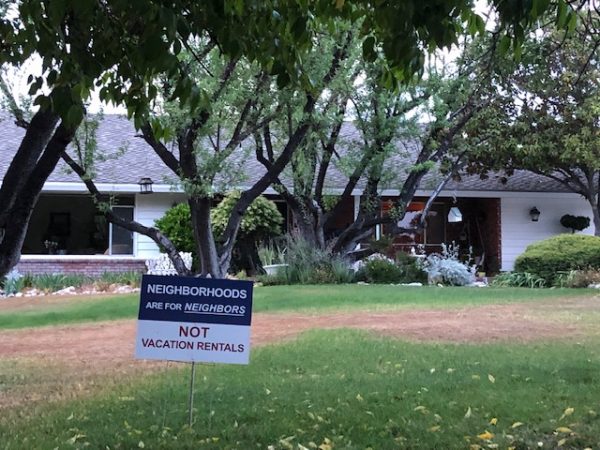 Update submitted by the City of Paso Robles

–On June 5, 2019, after a five-hour public hearing, the Paso Robles City Council voted 3-0 to introduce for first reading a Short-Term Rental Ordinance. This ordinance includes input gathered since 2015 from numerous public meetings, two task forces, the Planning Commission, residents, visitors, and interested parties. Two of the Councilmembers (Councilmember Gregory and Hamon) had conflicts of interests and were required to step down from hearing the item, leaving Mayor Martin, Councilmember Garcia and Councilmember Strong to vote.

After hearing from 39 public speakers and dozens of written comments on Wednesday night, the council considered three different versions of the ordinance including versions from the planning commission, short-term rental task force and an alternative version. Ultimately, city council deliberations yielded a fourth version referred to as “Ordinance D.” After five failed motions, the council mustered three votes on the sixth motion to introduce Ordinance D, see details below.

The ordinance must come back to the council for a second reading on June 18, 2019. The council is expected to approve a short-term rental permit processing procedure at the same meeting.

The ordinance would establish zoning regulations for non-hosted accommodations (“vacation homes”) and hosted home shares throughout the city. Currently the city has issued approximately 360 business licenses for short-term rentals that will be converted into short-term rental permits when the ordinance goes into effect in the middle of July.

The key provisions of the Short-Term Rental Ordinance “D” are:

• Holders of existing short-term rental business licenses must apply for a short-term rental permit when the ordinance becomes effective.
• Sets maximum occupancy requirements for daytime and nighttime.
• Sets minimum on-site parking requirements, with an exception process for properties with limited parking.
• Creates a “Good Neighbor Brochure” for renters and notifications of neighbors within 50 feet of the short-term rental.
• Creates a complaint resolution hotline with the 30-minute response requirement.
• Creates a 24-month phase out of all Non-Hosted Short-Term Rentals in the R-1 zone. Home Share permits are not restricted in any zone including the R-1 zone.
• Sets a maximum cap of 250 Non-Hosted Short-Term Rental Permits outside of the R-1 zone. Home Share permits are not restricted.
• Expands the definition of Home Shares to allow a home to be rented without the owner present for a maximum of 30 days annually.

Following council approval of the second reading of the ordinance on June 18, the ordinance would become effective in the middle of July 2019. The first day to submit applications for a Short-Term Rental Permit would be July 19, 2019. 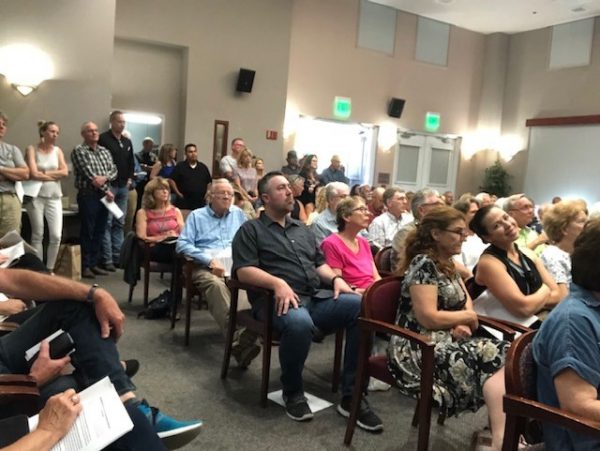 When the meeting ended at 11:30 p.m., only 23 people remained. After five hours of staff analysis, public testimony and council discussion, the 3-person Paso Robles City Council ultimately approved an ordinance on short term rentals. The new ordinance eliminates short term vacation rentals (STR) in R-1 zoning in Paso Robles. Licenses for STRs currently operating in R-1 zoning will be phased out in 24 months. It means that all short term vacation rentals in R-1 zoning will lose their licenses to operate in two years. 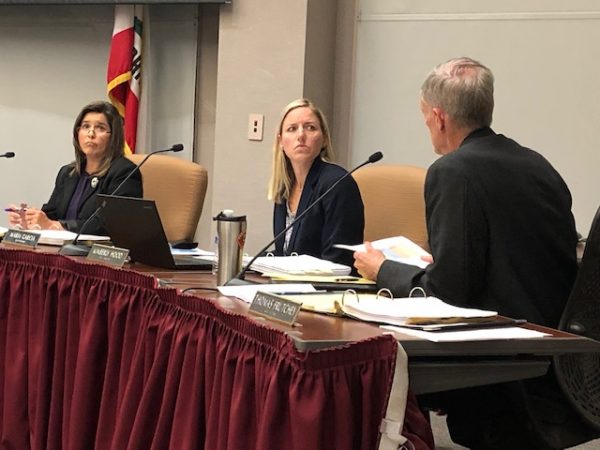 Nitzi Joannes, who lives on Hilltop Drive, was elated. “I think it’s awesome. This is pretty darn close to what we wanted. The short term rentals had a lot of negative impacts on our neighborhood.”

Getting an ordinance approved by the bare-bones council was not easy. Councilmen John Hamon and Steve Gregory recused themselves due to conflicts of interest. As a result, the council needed a unanimous, 3-0 vote for approval. Four motions failed before Council Member Maria Elena Garcia moved, for a second time, approval of Option D, which included no STR permits in R-1 zoned neighborhoods. After previously rejecting zero permits for R-1, and making motions to limit R-1 zoning to 100 permits, Mayor Steve Martin compromised and cast the deciding vote. The motion by Maria Elena Garcia passed 3-0.

The new ordinance stops any new short term permits in the R-1 zone, and phases out any operating in R-1 zoning over the next 24 months. It limits the total number of STR’s in the city to 250.

The ordinance will return to the council for a second, decisive reading in two weeks.