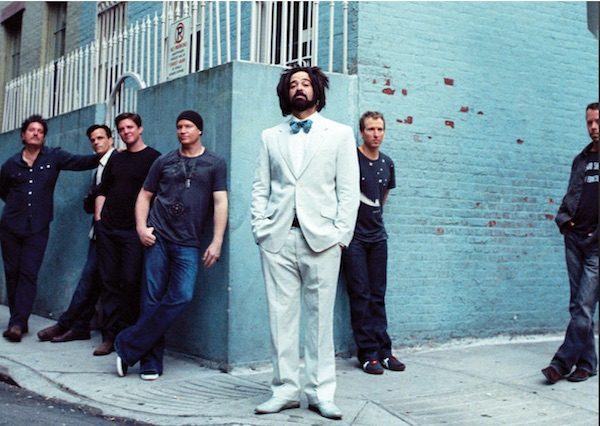 –Counting Crows will bring their 25 Years and Counting tour to Vina Robles Amphitheatre on Saturday, Aug. 10.

Counting Crows – Adam Duritz (vocals), Jim Bogios (drums), David Bryson (guitar), Charlie Gillingham (keyboards), David Immergluck (guitar), Millard Powers (bass) and Dan Vickrey (guitar) – have sold more than 20 million albums worldwide after exploding onto the music scene with their multiplatinum breakout album August and Everything After in 1993. Known for creating unique and innovative concert experiences year after year, Counting Crows is recognized as one of the world’s most pre-eminent touring live rock bands. The band released their seventh studio album Somewhere Under Wonderland in September 2014, which earned critical acclaim as one of the “band’s best,” scored a top 10 debut. Most recently, Counting Crows released the highly-anticipated song, “August and Everything After”, recorded with composer Vince Mendoza and the London Studio Orchestra at the famed AIR Studios. For more information on Counting Crows visit: www.countingcrows.com.

Tickets available online at Ticketmaster.com or charge by phone at 800-745-3000. All dates, acts and ticket prices subject to change without notice. A service charge is added to each ticket price. For more information, visit www.VinaRoblesAmphitheatre.com.