San Luis Obispo County’s clerk-recorder Julie Rodewald announced on Tuesday she plans to retire at the end of this year when her term expires.

Rodewald was first elected to the position in 1994. She has run unopposed in the past four elections.

During her tenure, Rodewald, 59, oversaw the transition from punch ballots in the 1990s to fill-in-the bubble voting cards now used in county elections, the San Luis Obispo Tribune reported.

Prior to the election in 2000, the county spent $587,000 to purchase the Accu-Vote optical scanner system to read the fill-in the bubble ballots, the report said. She considered the Accu-Vote system less prone to error than punch-card balloting that led to the controversy over the 2000 Bush-Gore presidential election. She said a newer electronic voting system could be implemented by the next clerk-recorder.

The county’s assistant clerk-recorder Tommy Gong has filed his intention to run for the office. The position pays $135,657 in salary. 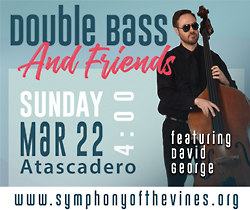