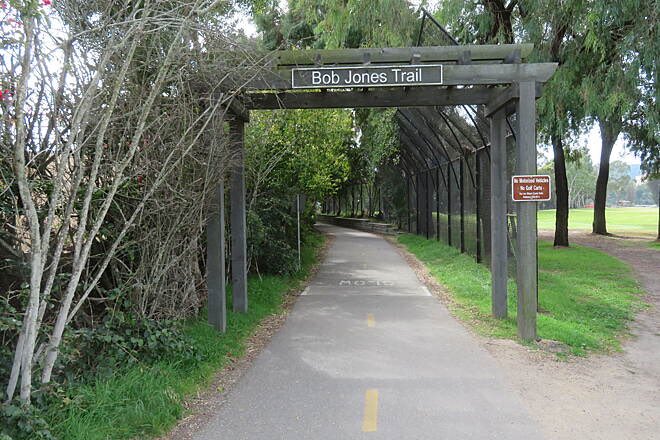 –The California Transportation Commission (CTC) has released its staff recommendations for Cycle 5 of the Active Transportation Program (ATP). The County of San Luis Obispo Parks and Recreation Department and the San Luis Obispo Council of Governments (SLOCOG) have announced that the Bob Jones Trail Gap Closure project has been recommended for funding. The funding will be used to finalize the design, obtain trail easements, and construct the Bob Jones Trail extension between the Ontario Road park ’n’ ride lot and the Octagon Barn trailhead. CTC staff recommends an $18.25 million award—the second-largest award recommendation this cycle. The CTC will consider approval of staff recommendations at their March 24-25 meeting.

This Bob Jones Trail “City to Sea” extension project will construct 4.5-miles of multi-use trail, separated from motor vehicles, which will connect the existing trail in Avila to the Octagon Barn at the South end of San Luis Obispo. This extension fills an essential link in the region’s north-south bicycle network and constructs facilities suitable for people of all ages and abilities, providing an option for bicycling and walking to work/school/community destinations and access to nature and agricultural areas for recreation and exercise.

The project will: construct a safe crossing from the Ontario Road park and ride lot under U.S. Highway 101, eliminate two at-grade crossings (San Luis Bay Drive & Clover Ridge Lane), and avoid the north and southbound on-and off-ramps on U.S. Highway 101 at South Higuera Street, where there is a history of collisions. This project offers a safe and accessible alternative to using narrow shoulders on high-speed frontage roads (e.g., Ontario Rd.).

The ATP was established by the legislature in 2013 to encourage use of active transportation modes, such as biking and walking, and is administered by the CTC. Originally funded at approximately $123 million annually through a combination of state and federal funds, the passage of Senate Bill 1 directed another $100 million to the program annually. For Cycle 5, the CTC has approximately $445 million available to award and received 454 project nominations seeking approximately $2.3 billion collectively. The program is consistently oversubscribed and the region has seen few awards over the previous four funding cycles. This was the county’s third attempt at securing ATP grant funds for this project.