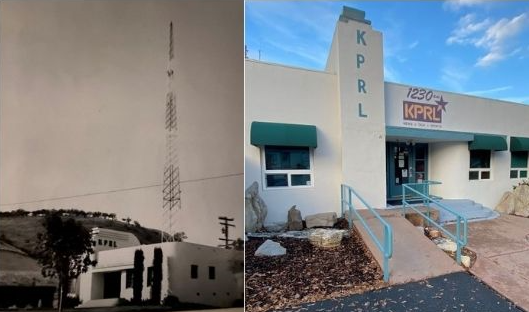 Supervisor Debbie Arnold read the proclamation on KPRL this week

The station was started in 1946 by Christine Jacobson, who owned Valley Electric Company in San Luis Obispo. In an effort to encourage the sale of radios, she started radio station KVEC in 1937. KVEC was the first radio station in San Luis Obispo County. Then in 1946, Jacobson started KPRL. Les Hacker was the first manager. The ‘L’ in KPRL was to honor Les Hacker for his involvement.

The art deco building was built to house KPRL on 32nd Street at Oak in Paso Robles. It resembled the building which housed KVEC and later KSBY on Hilltop Street in San Luis Obispo. KPRL has operated in the building for its entire 75 years.

Supervisor John Peschong said he appreciated the news coverage and community involvement of KPRL. Peschong worked in radio in San Francisco and Los Angeles early in his career. He served in the Reagan Administration as Radio and TV Coordinator for the Reagan administration. 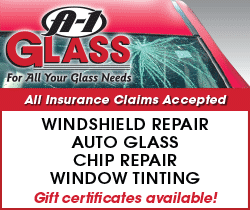