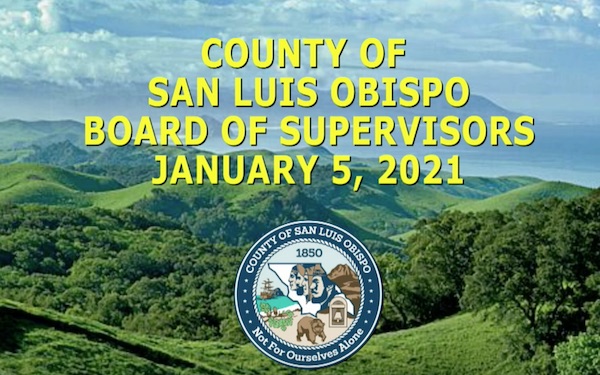 –San Luis Obispo County Supervisors voted 3-2 Tuesday to direct staff to prepare to file a lawsuit against the State of California to remove the county from Governor Gavin Newsom’s Southern California Region for Coronavirus.

The intent is to return San Luis Obispo County to the Governor’s Purple Tier so that many small businesses like restaurants and wineries could resume operation. The proposal manifested after County Health Officer Dr. Penny Borenstein told the board in her report on COVID-19 that county hospitals had a 50-percent vacancy rate in ICU beds, unlike many counties in southern California, where there are no ICU beds available.

Supervisor Bruce Gibson argued against the motion. He said rather than “tilting at windmills” the supervisors should do something concrete, like using county money to help small businesses that are hurting because of the governor’s shutdown. 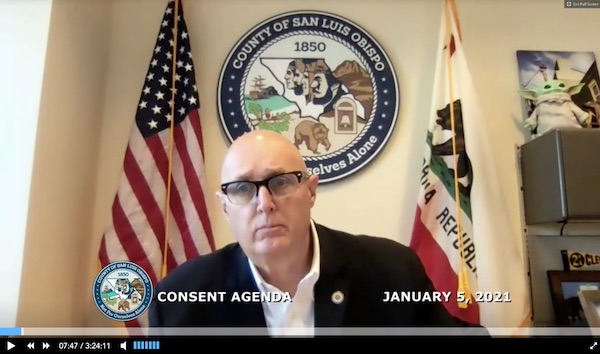 Supervisor John Peschong made the motion to direct staff to begin preparing a lawsuit against the state.

Supervisor Debbie Arnold said that last March, when COVID-19 first came before the board, it was just a virus. She says the shutdown has created a plethora of problems for families, small businesses, schools, and law enforcement. She says that the Board of Supervisors is the “Voice of the People,” and it should speak up for those impacted by the governor’s shutdown.

Arnold says the state exceeded its authority and a legal challenge is appropriate. Supervisor Lynn Compton was concerned that Peschong wanted to open the county up completely, but Peschong said he only wanted to return San Luis Obispo County to the Purple Tier, where it was before the governor’s stay-at-home order.

Ultimately, the board voted 3-2 to direct staff to begin work on a lawsuit against the state over including San Luis Obispo County in the governor’s Southern California Region. Supervisors Bruce Gibson and Dawn Ortiz-Legg cast the dissenting votes.

The board next meets on Jan. 29. They will discuss the proposed litigation against the state in a closed session at that meeting.

The board also approved a suggestion by Bruce Gibson creating a two-person task force, made up of John Peschong and Dawn Ortiz-Legg, to identify ways in which the county could use resources and county revenue to aid small businesses suffering because of the governor’s shutdown.