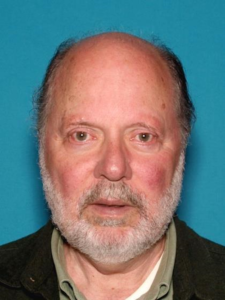 —The San Luis Obispo County Sheriff’s Office asks: Have you seen this man?

Robert Anthony Martinez, 76, is wanted for failing to appear in court for possession of child pornography.

If he looks familiar, that’s because Martinez was the County’s Most Wanted subject on May 9. He was arrested the very next day after a tip from the public. He made bail and was released from custody.

If you have information on his whereabouts please contact the sheriff’s office at (805) 781-4550.