Paso Robles News|Saturday, January 29, 2022
You are here: Home » Business » ‘Creative economy’ growth in the county is a rising tide

‘Creative economy’ growth in the county is a rising tide 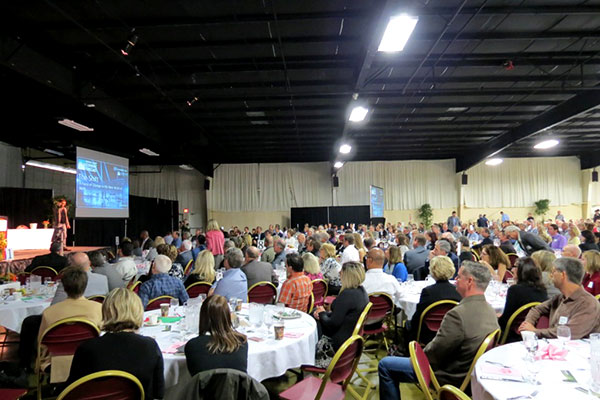 —At well over $300 billion, the creative economy in California is no joke. In San Luis Obispo County this means more jobs and economic benefits as a result of increased tourism which relies on arts, culture and design in myriad ways.

Last year economist Robert Kleinhenz, then with the L.A. Economic Development Corp, wrote of 2014, “With approximately $294 billion, the output of California’s creative economy is larger than the Gross State Product (GSP) of 32 states.” Today, he tells the Paso Robles Daily News, “Arguably, with continued growth in the California economy over the last couple of years, the creative economy at present is considerably larger than it was back in 2014.”

Assemblyman Richard Bloom, speaking in Sacramento to a California Joint Committee on the Arts, said, “In some communities the creative economy accounts for up to 40-percent of jobs.” As if to validate Bloom’s remark, last year the California Arts Council increased the state budget for the arts from $1 million to $8 million—a significant jump after remaining stagnant for over 10 years.

It’s clear that arts and entertainment encompass more than meets the eye. Those interviewed for this story put the emphasis on creativity as part of an entire ecosystem. 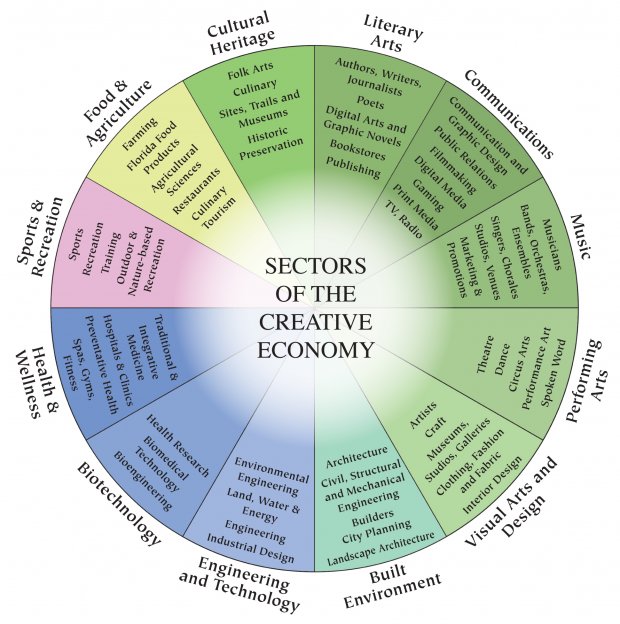 The creative economy is a vast ecosystem of products and professions

Weyrich says she came away from the Creative Economy Forum enriched. Along with others she is helping to revitalize the Atascadero Arts District and finds that there are many creative artists in North County. She explained that the local creative economy tends to emphasize “authentic experience and culture” as well as the personal relationships that are indicative of independent small businesses, as opposed to the anonymity of the chain stores. For now the Atascadero Arts District includes a number of intimate galleries, cafés and shops along Traffic Way and Entrada Avenue, but new start-ups are just around the corner, according to Atascadero City Manager, Rachelle Rickard.

Another attendee, Sylvia Hambly, who directs a Hawaiian and Polynesian dance school, noted that, “In this time of the distasteful presidential elections it was so refreshing to hear people, with such diverse backgrounds and interests in the arts, come together to speak with a united and dedicated voice about how indispensable the arts are to our local economy.

“Every speaker, every exercise of the forum…provided positive possibilities about how we as individuals and as groups can help drive the creative economy of the central coast. John Lacques, one of the presenters, is right-on when he says that by empowering us as individuals we strengthen the group. The group is our community.”

Hambly added, “One of the most important ideas that I took away from the day’s agenda was that any consortium to heighten our creative economy must be comprised of multi-generational members and directed at a multi-generational target to be most effective.”

Tracy Hudak, principal at Creativity Works, says that, “Arts and culture opportunities not only stimulate economic activity, they can connect people more deeply to themselves, to each other, and to their cities.”

With tourism being a major growth industry in the county, entrepreneurs and job seekers would do well to keep their eyes on arts, culture and design. Hudak added, “It’s important to remember that cultural tourism is the by-product of a cultural scene that first exceeds the needs of the people who live there. It can’t be manufactured, it must be authentic.”

Adds Hudak, “Creative businesses — for-profit, nonprofit, artists, media makers and designers — have an extensive reach in fostering economic and community well being. From providing goods and services that are needed in all sectors, to stimulating social activity, to helping solve problems and address needs, the creative community is an invaluable partner in the region’s success.”

The report adds, “More companies are seeking employees with creativity and out-of-the-box thinking as well as problem-solving and communication skills… The talent that drives the creative economy provides a competitive advantage.”

It’s essential to note that the creative economy includes a large number of workers engaged in self-employment. 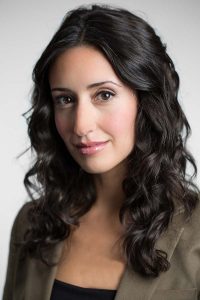 “Think of the future in terms of imagination,” said convention speaker Erica Orange at the Central Coast Economic Forecast. Orange is the executive VP of The Future Hunters, a national firm that studies business and economic trends. Orange insisted that, “We are very rapidly moving into this future where we either get on board or fall behind in terms of embracing true imaginative thinking for the future.”

Asked to elaborate, she replied, “When we think about innovation, we often just project out where we think the future is moving and build/create products or services around it, rather than truly thinking imaginatively. Imagination is often at the core of many of the best sci-fi stories – things that once seemed far-fetched or ‘uncreateable’ that are being built and developed.”

According to a National Governors Association report produced a few years ago titled New Engines of Growth: Arts, Culture, and Design, when thinking of arts, culture and design, local economies have many ways to benefit because this trio touches “the economy at crucial leverage points, including innovation, entrepreneurship, employment, and revitalization.”

The report goes on to talk about “creative economy clusters” which provide dynamic high growth opportunities that “can catalyze community revitalization and civic enrichment.”

Tahti pointed out that, “There are many, many visual artists tucked away and active throughout the county’s cities and towns. Some 200 showed in October’s Open Studios and they represent only some of a large artistic community, represented by a number of associations such as SLOPE, Atascadero Art Association, and Morro Bay Art Association.

“Many galleries struggle but they are still here,” Tahti said, “including a Western art gallery in Pismo Beach and the San Luis Obispo Museum of Art. And writers… so many quietly working away, convening with Night Writers, publishing work, self-organizing poetry readings. The two-week-long Poetry Festival is underway now. I look forward to this weekend’s line up which features Dana Goia, our State Poet Laureate, and our San Luis Obispo Poet Laureate, Marguerite Costigan.”

Tahti said, “This all takes a lot of effort and fundraising on the part of volunteers and board members. My observation is that this is a county inclined toward arts and culture and that there is, as they say, ‘never a dull moment.’”

In their report New Engines for Growth, the National Governors Association says that the creative economy hits crucial leverage points and in fact is growing faster than the general economy.

The report’s authors state, “You need an ecosystem to support larger businesses. Remember the importance of cultural tourism, as tourists tend to spend more, stay longer and buy local. These are income streams that come from outside the local economy.”

The creative economy has ancillary benefits. For one, it tends to deliver a better-prepared workforce. Studies show that arts education improves tests scores, graduation rates and prepares people for creative jobs. And the creative economy goes beyond arts and culture.

Maggie Cox, of Barnett Cox Associates, which does marketing in San Luis Obispo, said that the creative economy isn’t only about arts and entertainment but “is an inherent need in every client we have, every business needs to address it.” She added that with the proliferation of communication channels “the imperative to stand out with high-value content has become crucial. That content has to understand who the user is and give them something valuable.”

With two of Barnett Cox’s top clients being the Midstate Fair concert series and the City of San Luis Obispo Tourism Business Improvement District, Cox has observed exceptional growth in both the local tourism and arts economy. Her firm does their share of pro bono work for local arts organizations including the Performing Arts Center.