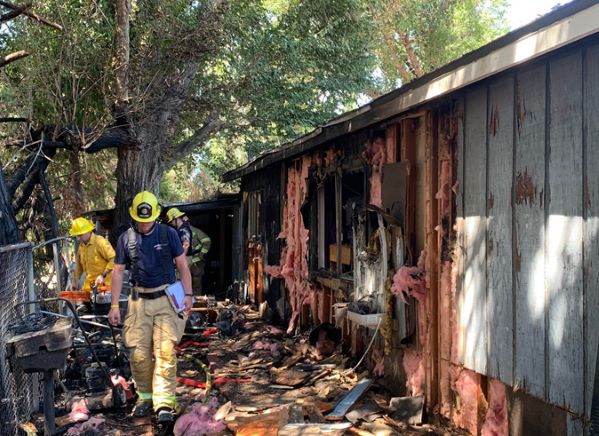 – Atascadero Fire and Emergency Services responded to a structure fire on Miramon Avenue at approximately 12:40 p.m. Saturday afternoon. The fire reportedly started in the backyard and quickly moved into the structure. When crews arrived, they encountered a large amount of fire in the backyard with extension into the attic of the residence. 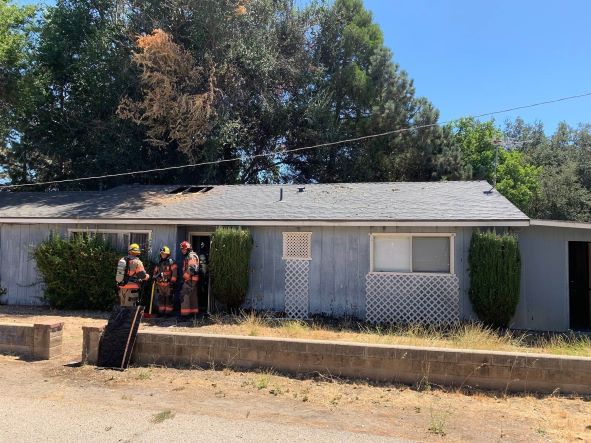 Fire attack was initiated for both the exterior and interior simultaneously. Crews had to pull ceiling material down to access the flames and keep the fire from spreading throughout the entire structure. The fire was deemed controlled within 22 minutes. All residents were accounted for and safe. Seven local agencies responded 28 personnel to the incident, including Atascadero Fire, Atascadero Police, Templeton Fire, Cal Fire, Atascadero State Hospital Fire, Paso Robles Fire, and San Luis Ambulance. 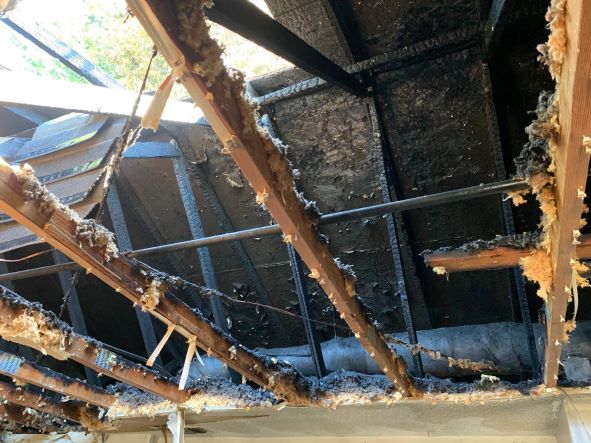 Crews remained on the scene for multiple hours in order to fully extinguish the fire, salvage personal belongings, and conduct the cause investigation. The investigation is ongoing in coordination with the San Luis County Arson Task Force.